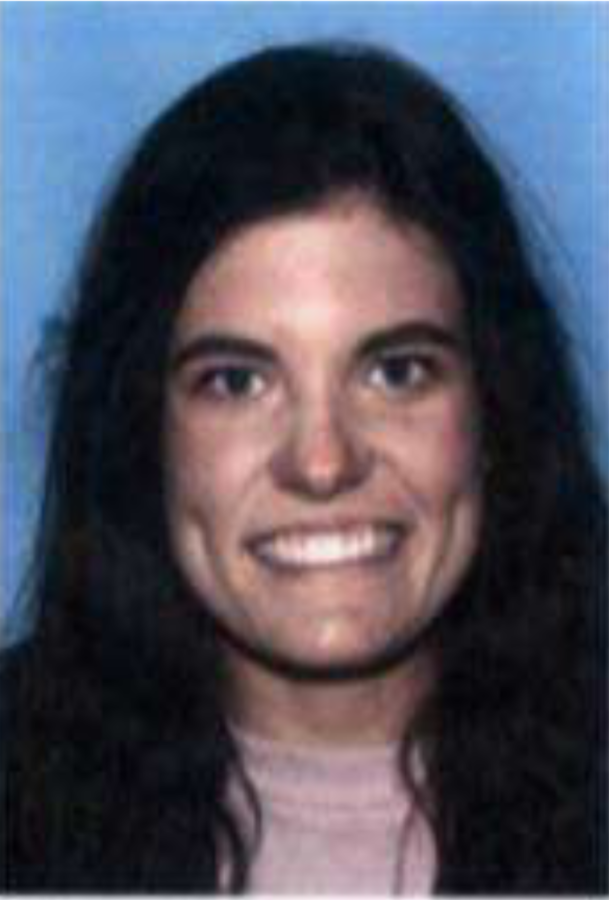 Gracyn Courtright's driver's license photo as it appears in the criminal complaint filed by the Federal Bureau of Investigation. The FBI matched her driver's license to surveillance footage and pictures of Courtright at the riot on the Capitol to confirm her presence on Jan. 6, 2021.

Nearly a year after the Jan. 6 insurrection, a federal judge sentenced former UK student Gracyn Courtright to one month in prison for her role in the Capitol riot. She will be allowed to voluntarily surrender.

Judge Christopher Cooper followed the recommendations of Courtright’s probation officers in the sentence. Following her incarceration, Courtright will also be sentenced to one year of supervised release, 60 hours of community service and must complete a mental health treatment.

Federal prosecutors pursued one year in prison, the maximum statutory sentence, partly because Courtright is one of a few rioters charged with theft.

“It’s difficult to see the impact of that day and the actions of those like Ms. Courtright had on D.C., on the country, our democracy,” attorney Rachel Fletcher said in the sentencing. “Every person present inside the Capitol without lawful authority on Jan. 6, contributed to the chaos, the damage and the danger posed to law enforcement, the vice president, members of Congress.”

Courtright will also pay $500 in restitution to the “architect of the Capitol to help compensate for the damage.” Her lawyer Thomas Abbenante said he thought a home confinement would have been sufficient penalty.

“I certainly don’t want, and I know they’re listening now, for the media saying that Ms. Courtright has not been punished for what she’s done. In this case, because she has been punished already, just by virtue of the fallout from what happened here in this case,” Abbenante said in the hearing. “I don’t think she needs to be jailed for six months.”

According to her guilty plea, Courtright “knew at the time he/she entered the U.S. Capitol Building that that she did not have permission to enter the building and the defendant entered into and remained in a restricted building.”

Courtright was captured on camera holding a “Members Only” sign on the second floor of the Capitol building. She pleaded guilty to a federal misdemeanor for knowingly entered a restricted area in August 2021, waiving her right to a jury trial.

Courtright, crying, took the stand to read a statement, but was too overcome to do so.

“Take a deep breath, compose yourself,” the judge told Courtright before calling for a break. The court took a 10-minute recess in which nurses attended to Courtright, who then read her statement while sitting down.

“If I could take back anything in my life, it would be my actions on Jan 6. My actions have caused so much shame to the most important people in my life, for I will have to live with this for the rest of my life,” Courtright said in her statement.

Courtright, 24, was charged with four federal crimes: knowingly entering restricted grounds and with the intent to disrupt the orderly conduct of the government; engaging in disruptive or threatening language or conduct within the Capitol; parading, picketing or demonstrating in any Capitol grounds; and “knowingly converting to her use, or conveying, without authority, a thing of value of the United States.”

“My parents didn’t raise me to be a trespasser on someone else’s property,” Courtright said between sobs. “I stand before you this morning knowing I have no one else to blame but myself.”

Courtright appeared in D.C. court for her sentencing along with her mother, sister and father, who is an attorney. Due to their unvaccinated status, the family was required to present negative COVID-19 tests.

Judge Cooper quickly accepted the facts of the case before the prosecution and defense outlined what they believed the penalty should be.

Government prosecutors estimated that Courtright was on the Senate floor for less than two minutes, prompting Judge Cooper to ask if everyone who appeared on the floor was charged with obstruction.

“Do you think she know where she was? When she went in there?” Cooper asked the prosecution.

“Even if Ms. Courtright only stepped onto that floor for a minute, no rioter acted in a vacuum and her presence in that space and throughout the Capitol contributed to the interaction and made it that much harder to gain control,” Fletcher said in her recommendation.

“Ms. Courtright compounded the seriousness of what she did inside the Capitol by downplaying it on social media after the fact. Her posts falsely portrayed the level of violence and showed a true lack of remorse for her actions,” Fletcher said.

“Infamy is just as good as fame. Either way I end up more known. XOXO,” Courtright wrote in an Instagram story. According to the FBI affidavit, she also confirmed her presence through Instagram correspondence.

“I never saw the violence I guess I was lucky,” she told the anonymous Instagram user.

“It’s history idc,” Courtright said, followed by “I thought it was cool.”

“Here’s what she’s doing. She’s, like, taking a video,” Abbenante said. “It’s ridiculous. I don’t know what was going through her mind. But that’s what she was doing.”

Multiple videos posted by Courtright, along with security footage, show Courtright near the front of the mob and participating in chants.

“She didn’t come here to Washington from Hurricane, West Virginia to subvert democracy or to, you know, participate in any kind of overthrow of the government. She never even expected to go to the Capitol. She was going to see President Trump and she got really excited,” Abbenante said. “When everybody got up, said go to the Capitol, she, you know, went and marched.”

Judge Cooper took exception to this part of Abbenante’s request for leniency.

“Do you know how many Jan. 6 defendants stand up and tell me I had no intention of overthrowing the government, but I just got swept up in the moment?” Cooper said.

“She was on the Dean’s list, her whole future is affected by this. That’s a consequence that for first offender that is tremendous,” Abbenante said.

His case for leniency rested on four points: Courtright’s cooperation in the investigation process, the non-violence of her actions in the Capitol, that these crimes are her first offense and that the fallout of her social media punishments has been additional punishment.

Courtright, who is from Hurricane, West Virginia, was a senior at UK when the insurrection occurred. She withdrew from classes at UK, where she was majoring in mathematical economics, in the spring semester following her arrest.

Courtright requested in her statement that she be allowed to return to college and finish her final semester. According to Cooper, Courtright has an upcoming meeting with UK to discuss the status of her degree.

After Courtright spoke, Judge Cooper asked her a few questions and attempted to impress the seriousness of her actions.

“Was it cool to have been there?” Cooper asked.