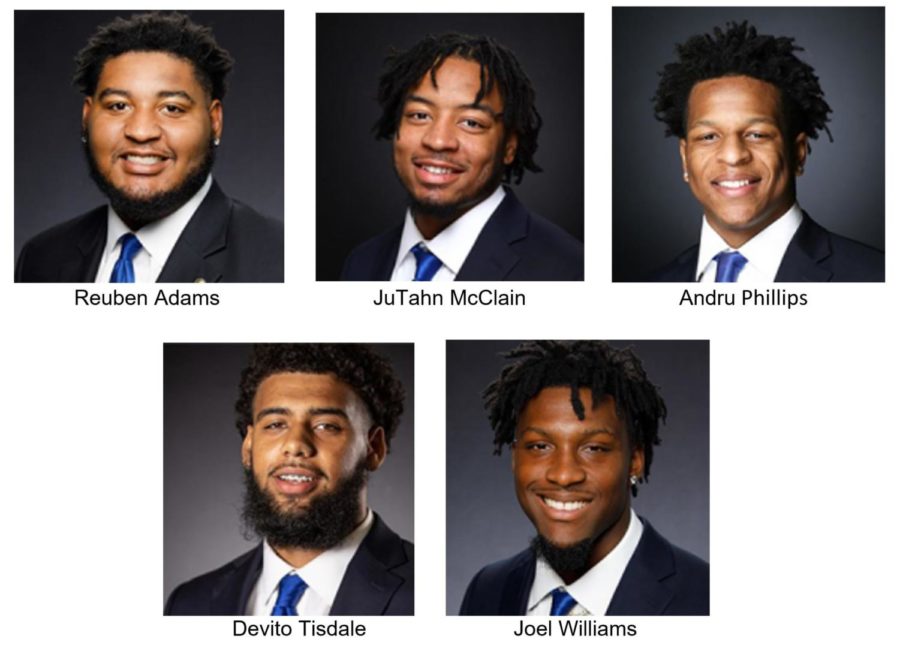 According to a press release from Loevy & Loevy Attorneys at Law, the players attended a party at the Alpha Sigma Phi fraternity where they claimed that fraternity members and guests at the party were saying racial slurs and assaulting them.

Former players Reuben Adams and Joel Williams and current players JuTahn McClain, Andru Phillips and Devito Tisdale were temporarily suspended and experienced damage to their educational and professional careers, according to their attorneys. McClain was absent from the party.

A sixth player present at the initial party incident, Earnest Sanders, is not involved in the lawsuit. He transferred to Saginaw Valley State and is no longer enrolled at the University of Kentucky.

“Each of the players cooperated with the criminal investigation. Despite learning from the beginning of the investigation that it was members and guests of the fraternity who verbally and physically assaulted the players, Lexington Police Officer Vinlove refused to charge the culpable individuals – the white fraternity members and guests – and instead set out to make a name for himself, initiating false felony charges against the players,” according to a press release from Loevy & Loevy Attorneys at Law.

The players have faced repercussions from the public since the event. Adams’ parents, Lisa and Rueben Adams, said their son was targeted and victimized by Vinlove and his supervisors.

“The remnants of this unjust act continues to have an impact on my son and our family. RJ was ostracized on campus, in the city of Lexington, in our hometown of VA, and on social media,” the press release said. “We are seeking justice, accountability, and an apology for the false charges brought against him when he was a victim of a racial attack.”

Staples aims for the lawsuit to repair the players’ names and prevent future lawlessness.

“Instead of focusing on their education and football careers, they have been forced to defend themselves not only in the criminal justice system but also in the court of public opinion,” Staples said.