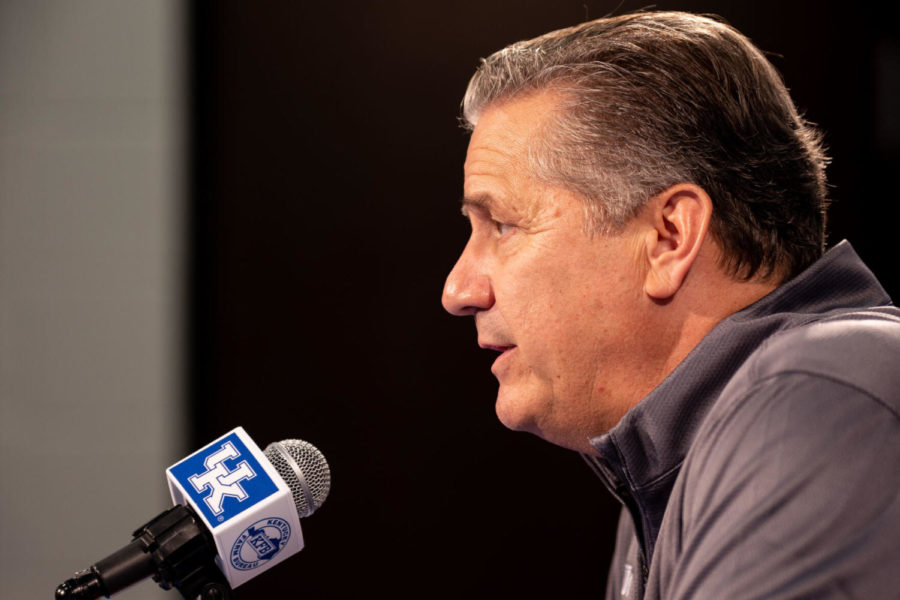 The Kentucky mens basketball team announced via press release that it will be playing the Florida A&M Rattlers on Dec. 21 in the second installment of a five-year “unity series”.

The “unity series” is a five-year partnership between the University of Kentucky and the Southwestern Athletic Conference (SWAC), a conference made up of historically black colleges and universities (HBCUs).

Within the agreement, Kentucky annually hosts one the SWAC teams, a symbolic gesture as HBCUs across the country schedule games against far larger opponents. The payment received for the matchups is often vital to the survival of the smaller schools’ athletic programs.

The goal of the series is to raise awareness to the missions of HBCUs and raise funding for schools that are traditionally underfunded to provide opportunities to students at their institutions.

Last season the Wildcats faced off against Southern University, with UK coming out on top 76-64 over the Jaguars.

Both teams also had the opportunity to take a joint educational trip to the National Underground Railroad Freedom Museum in Cincinnati, Ohio to gain insight on the culture of some of the athletes and foundations of many HBCUs across the country.

Coaches and players alike referred to the trip as an engaging and thought-provoking experience.

“It makes you uncomfortable,” Kentucky head coach John Calipari said after the matchup with Southern. “Makes you think, ‘if I was in the 1800s would I have the same heart?”

The players from Southern were also given tips by Kentucky director of player development TJ Beisner on how to manage their careers after college, how to handle the new NIL era of college athletics, and advice and opportunities many HBCUs are unable to provide themselves.

As well as featuring these same educational opportunities, Kentucky basketball will be looking to expand the series this season with the new inclusion of a “unity series legend”.

Each school will be selecting one former player with a history of trailblazing, equity, diversity and inclusion to be honored throughout the course of the game.

For the Wildcats, the late Reggie Warford was selected to be this year’s unity legend.

Warford, the first Black mens basketball player to graduate from UK, was a part of the NCAA Championship runner-up team in 1975 and the NIT Championship winning team in 1976.

A member of the Kentucky High School Athletics Association, Warford averaged 27 points per game his senior year of high school.

Though his on-the-court talent made him beloved in-game, his actions in becoming the first Black basketball player to graduate from Kentucky after a four-year playing career etched his name into the UK history books.

Johnson was selected with the 44th pick in the 1978 NBA Draft after competing with the Rattlers from 1974 to 1978. He played 10 seasons in the NBA, including an NBA championship winning season with the Philadelphia 76ers in 1983, before going on to establish a Boys and Girls Club in his hometown of Monticello, Florida.

Still living, Johnson is currently creating interest in refurbishing the old high school gymnasium in Monticello with intentions of establishing an after-school program concentrating on reading and writing, sports training and creating a community center in the area.

The Wildcats return consensus National Player of the Year Oscar Tshiebwe, as well as bring in highly touted recruits, such as Chris Livingston and Cason Wallace and veteran transfer guard Antonio Reeves.

The return of 3-point shooter CJ Frederick from injury will also provide a boost to the Wildcats backcourt, making Kentucky an early candidate to win the national championship.