Humans of UK: Autum Bailey brews a cup of community 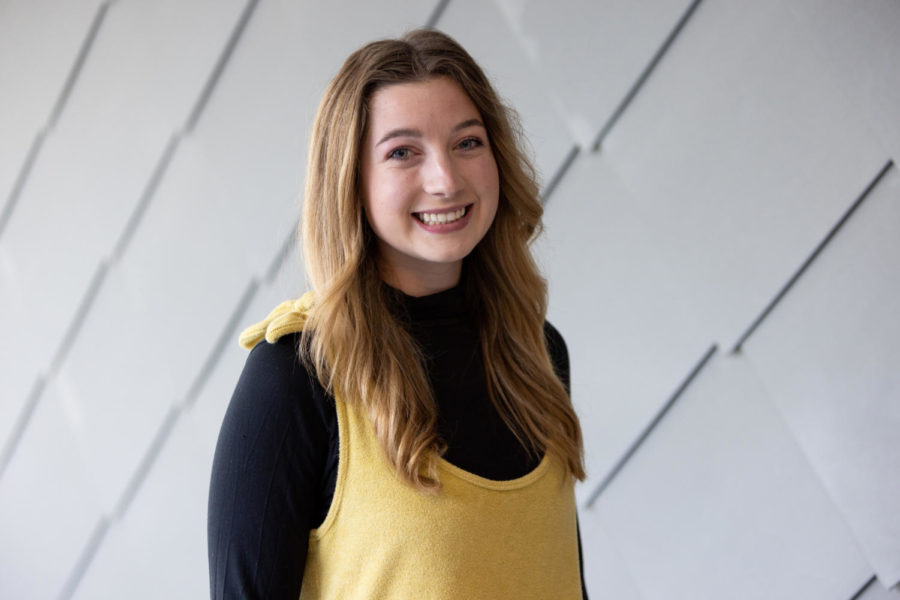 Autum Bailey, president of Coffee Cats, poses for a photo on Wednesday, Sept. 14, 2022, at the University of Kentucky in Lexington, Kentucky. Photo by Jack Weaver | Staff

Last year, Autum Bailey and her friend Devin Lambert co-founded a club for UK students to try new coffee shops in the Lexington area while meeting other people. Bailey, a junior human health sciences major, is now president of the club, known as Coffee Cats.

Coffee Cats began after Bailey and Lambert posted a selfie on Instagram at Bad Ass Coffee, located on the corner of Virginia Avenue and South Limestone Street. Multiple people online asked them where they were, after which they both got the idea to start a club that goes to a new coffee shop every month.

They realized they needed to add some sort of academic reasoning to the club, so they decided on a group study atmosphere. This makes students more comfortable with the people around them. They made this club for students to get off campus and explore the city, while getting the chance to do homework and work in study groups.

“I wanted a place for people to be engaged in the Lexington community but still have the connection to campus, whether that be students, people with different pronouns and people in the same major to study and do things with,” Bailey said.

Bailey and Lambert made the club so students who did not want to go see a tutor could get help from other students. Sometimes, students will also make a new friend that they will talk to outside of the club.

Bailey explained that she wanted to do something that she could do her way.
“I love leadership and being involved with planning and organization,” she said. “This place is a great way for me to have this opportunity to be able to foster a community in a space that’s different and changing every time.”

This club only meets once or twice a month. The club only met once this September to give students a chance to get used to their schedule and get into the groove of things. Starting next month, they will meet at the beginning and end of the month.

“It won’t make students feel pressured to show up every time and gives them a chance to be involved in other things as well,” Bailey said.

Bailey said she wants this club to grow and become something in the next year; that way, someone new can run the club after she graduates. She wants this club to improve the experience of college other than class and sports. In doing so, students can bring friends and family to these smaller businesses and spread the word about them through social media.

“It means a lot more to these people here when college students can improve their business,” Bailey said.