Two suspects in off-campus shooting have prior charges for shootings 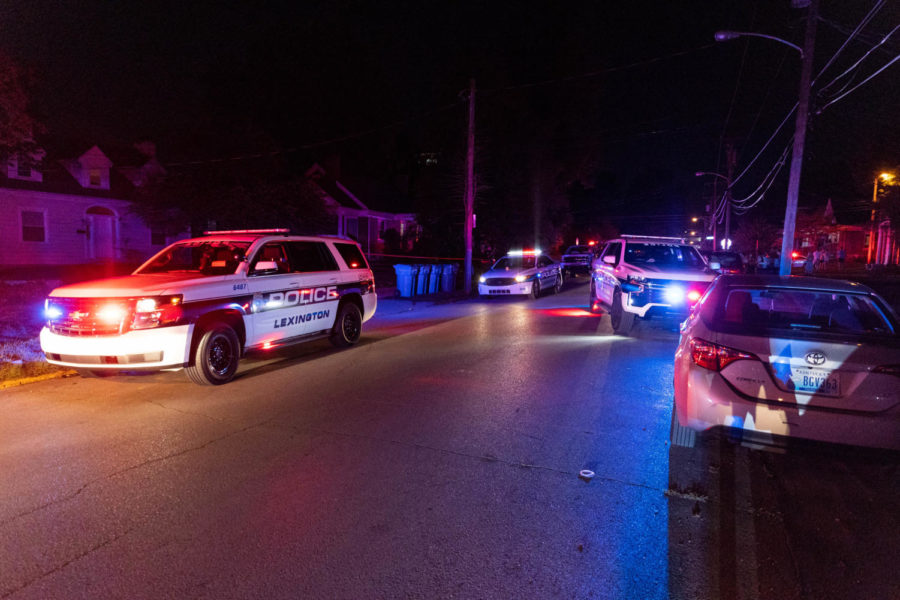 Police vehicles are parked along University Avenue after responding to reports of shots being fired on Thursday, Sept. 8, 2022, in Lexington, Kentucky. Photo by Jack Weaver | Staff

The suspects arrested after Wednesday’s off-campus shooting were involved in two other recent shootings, according to court documents.

Police arrested Jason Almanza-Arroyo, 19, Thursday morning for allegedly firing a shot during a party, injuring 11 UK students. He was charged with 11 counts of second degree assault, first degree wanton endangerment, disorderly conduct, third degree assault and alcohol intoxication in a public place. The other suspect involved, Juan Guerrero-Zendejas, 20, was charged with fleeing police, resisting arrest and public intoxication after the incident, according to court documents.

Almanza-Arroyo also pleaded guilty to another shooting and is awaiting sentencing. Court records indicate the incident took place in March 2022.

Guerrero-Zendejas had a warrant out for his arrest in another shooting that the case record indicates took place in September 2021.

According to court documents, Almanza-Arroyo and Guerrero-Zendejas were also involved in a shooting that took place in March 2020 while they were together. Sentencing for Alamanza-Arroyo in this case is scheduled for Sept. 16, 2022.

The Lexington Herald-Leader reported that the March 2020 shooting left two people seriously injured. They reported that the incident happened after the two men pulled up beside the victims’ car at Boardwalk and Park Place and began shooting.