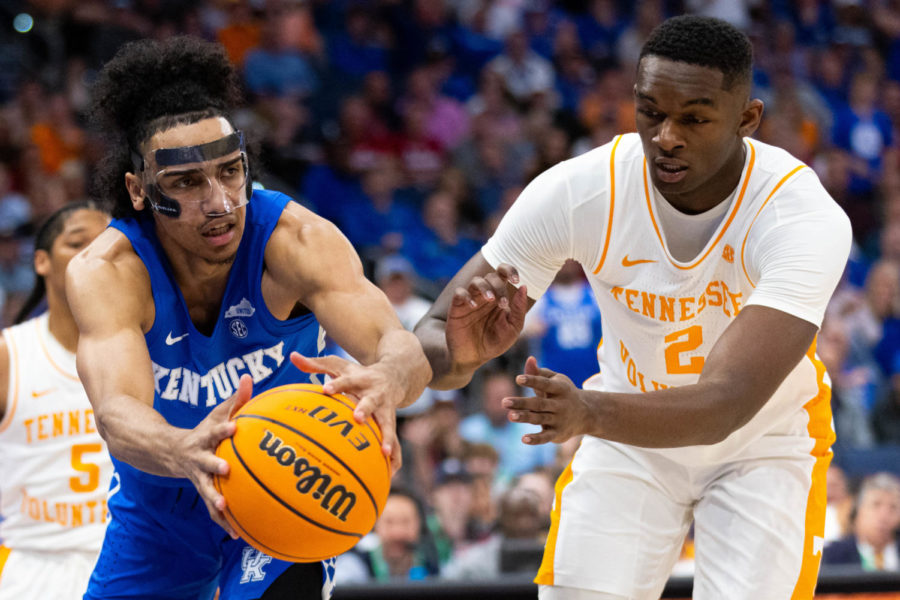 Kentucky mens basketball published its 2022-2023 SEC schedule on Wednesday, revealing the dates and locations of all of UK’s conference games for the upcoming season.

The Wildcats had already revealed a number of non-conference games on the schedule, primarily games featured in events.

To start, UK is scheduled to open its season on Nov. 15 in the Champions Classic in Indianapolis against Michigan State at 7 p.m. EST.

Other event-based matchups on the schedule include Dec. 4 against Michigan in London, England, Dec. 17 against UCLA in the CBS Sports Classic and Jan. 28 against Kansas in the SEC/Big 12 Challenge.

The Wildcats are also confirmed to play in Spokane, Washington, against Gonzaga on Nov. 20, Bellarmine at home on Nov. 29 and Louisville at home on Dec. 31.

Getting into the conference slate, Kentucky opens its SEC schedule on the road, traveling to Mizzou Arena in Colombia, Missouri, on Dec. 28 before playing its first home conference game against LSU on Jan. 3.

Hitting the road once again on Jan. 7, the Cats travel to Tuscaloosa to battle Alabama inside Coleman Coliseum, though that match-up may not pack the punch it has in recent years with the Crimson Tide competing for, and even winning an SEC regular season title in 2021.

The Wildcats then host South Carolina on Jan. 10 before traveling to Knoxville to battle the reigning SEC Tournament champions Tennessee on Jan. 14.

For the first time all season, the Cats are projected to have back-to-back homestands against Georgia and Texas A&M on Jan. 17 and Jan. 21 before traveling to Nashville to duel Vanderbilt on Jan. 24 heading into the aforementioned Kansas matchup.

Just three days after the showdown with the reigning national champions, Kentucky hits the road to travel to Oxford, Mississippi, to battle Ole Miss at The Pavilion at Ole Miss.

Kentucky then hosts Florida and Arkansas on Feb. 4 and 7, before having its first compounded conference road trip, traveling to Athens, Georgia on Feb. 11 and Starkville, Mississippi to face Mississippi State on Feb. 15.

Now firmly in the home stretch, Kentucky hosts Tennessee on Feb. 18 before taking a trip down to Gainesville to battle Florida on Feb. 22 and returning home to host Auburn on Feb. 25, its last game prior to march.

With just two regular season games in the month known for madness, Kentucky first hosts Vanderbilt on March 1 before traveling to Fayetteville to conclude its season on the road against Arkansas, a far cry from an easy regular season finale if preseason projections hold true.

With the non-conference schedule yet to be released, Kentucky still has a number of holes left on the schedule left to be revealed.

The Wildcats are favored early to win the SEC with a combination of returning talent, including consensus national player of the year Oscar Tshiebwe, veteran transfer Antonio Reeves and five star prospects like Chris Livingston and Cason Wallace.

The SEC has seen 27 berths in the last four NCAA Tournaments, with at least one team advancing to the Elite Eight in 10 of the last 12 tournaments, meaning the conference schedule is integral in building a tournament resume as Kentucky hopes to redeem its first round loss to Saint Peter’s.