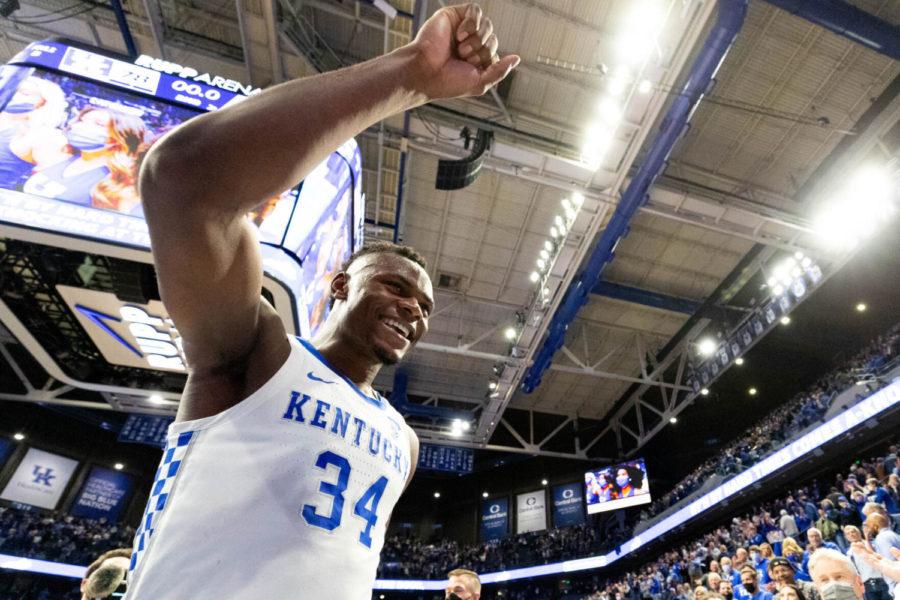 With all eyes on Kentucky following a devastating upset in the first round of the 2022 NCAA Tournament against No. 15 seeded Saint Peter’s, the Wildcats had a lot to answer for entering a new season. The pressure was increased after supposed 2022-2023 leader Shaedon Sharpe declared for the draft, leaving Kentucky and head coach John Calipari out to dry.

Also playing into the Cats’ favor, 2022 consensus National Player of the Year Oscar Tshiebwe and starting point guard Sahvir Wheeler, along with other notable names such as Lance Ware, Damion Collins and Jacob Toppin, all opted to return to Lexington for another year with Kentucky.

With hype surrounding an already important season for Calipari, the 2023 campaign became even more important with the announcement of a road game against preseason No. 1 overall Gonzaga in game one of a home-and-home stint made during UK’s flood relief telethon.

Needing a big win to keep up with expectations, Calipari brought his team onto foreign land in the Bahamas for the Big Blue Bahamas event, seeing the Cats return to the Caribbean country for the first time since 2018, when a UK team that included the likes of Tyler Herro, Ashton Hagans and Immanuel Quickley swept the tournament.

First squaring off with the Dominican Republic national team in the first of four matchups in four days, Kentucky made it clear it intends to have a similar result this year, going on to win by 52 points.

Leading 43-25 at halftime, no individual Wildcat had yet to amass a double-digit point total, with leading scorer Reeves having nine points by the end of the first 15.

This was hardly cause for alarm, however, as the workload was very evenly distributed across the team with five Cats having five or more points and two more having four points by the end of the half.

Clearly still raw from the offseason, Kentucky was out-muscled on the boards by the Dominican nationals, also giving up more second chance points than it scored for itself.

Returning for the second half, Kentucky appeared to have flipped a switch and was firmly in the driver’s seat, winning the half 65-31, including finishing the contest on a 12-2 run.

Tshiebwe and Collins both scored double-digits in the second half alone, with the former finishing as UK’s leading scorer for the night with 17 points.

While 17 may be a far cry from Tshiebwe’s potential high totals, such as his 30-point performance at Vanderbilt in the season prior, the theme of score distribution was carried over into the second half with six Wildcats finishing with double-digit point totals. This was something sure to inspire hope in fans who watched as a lifeless offense was key in the loss to Saint Peter’s.

The high number of effective scorers wasn’t just amongst returnees or veterans either, with Wallace and Livingston finishing with 15 and 11 points respectively after the former found his groove in the second half to add nine points to his total.

With the win, Kentucky moves to 10-1 in the Bahamas and 38-1 in all exhibitions under Calipari, looking to add another win on Thursday against Mexican collegiate unit Tec de Monterrey, which will be boosted by 23 Mexican national players as well.

The matchup against Tec de Monterrey is scheduled to tip-off at 7 p.m. EST and will air live on the SEC Network.