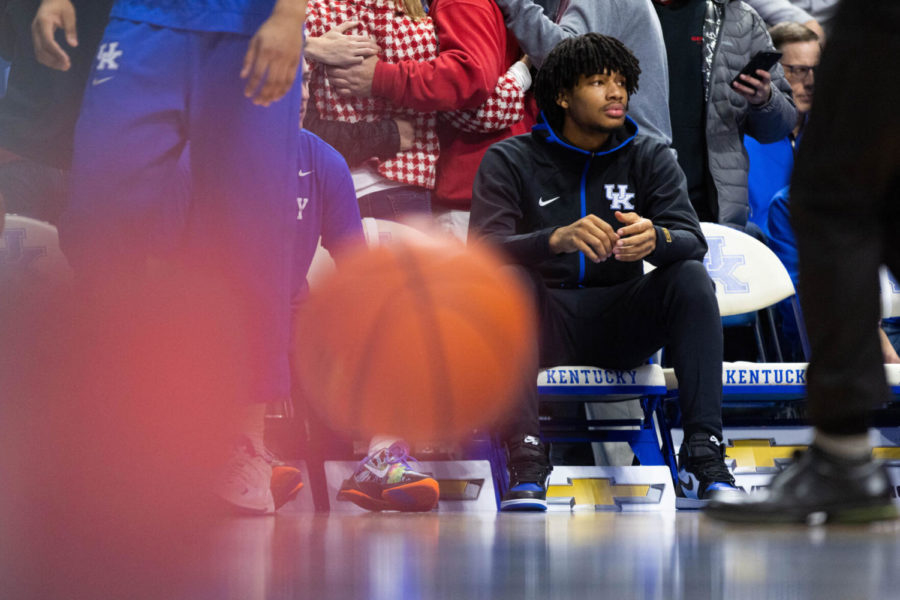 The “will-he-won’t-he” saga of Shaedon Sharpe has officially come to a close with the guard announcing he intends to remain in the 2022 NFL Draft, where he is still projected to be a top 10 pick.

While not typically shocking for a star prospect to leave after one year at Kentucky for greener pastures in the pros, the move is significant for Sharpe, with the star reclassifying to join the team sooner and going on to never play a single minute for Kentucky.

In a year that saw the Wildcats lose to No. 15 Saint Peter’s in one of the largest upsets in NCAA Tournament history, the fiasco revolving around Sharpe and his lack of play has put increased pressure on both Kentucky head coach John Calipari and Sharpe’s family alike, with criticism that often borders on vitriol being hurled from all directions in the Commonwealth.

Despite Sharpe being projected as a top 10 pick from the moment it was made apparent he was eligible to be drafted in January, both Calipari and Sharpe continued to assure fans that the prospect intended to return to Lexington, being the face of the 2022-2023 team before National Player of the Year Oscar Tshiebwe also decided to return to Kentucky.

Looking at the present, much of the blame has now fallen onto Sharpe’s agent Dwayne Washington, with Wildcat staff and fans alike feeling cheated and left wondering whether there was ever a chance of Sharpe returning at all.

The decision is made even more puzzling with the numerous games that Sharpe was rumored to have made his debut in during the season, before he ultimately shut down officially for the season.

Many reports surfaced suggesting Sharpe would debut inside Rupp Arena against Vanderbilt and Mississippi State, though both of those games remained close battles, with the latter even going into overtime, and the guard remained on the bench.

On February 7, Calipari made it clear that Sharpe was not playing in the 2021-2022 season, and that he was “committed to bettering himself to lead us next season.”

Regardless of who is at fault for the situation or what could be done differently, the facts remain that Sharpe will stay in the 2022 NBA Draft where he is projected to go within the top 10, all without even a second of live game action in the Bluegrass.

The 2022 NBA Draft is currently scheduled for Thursday, June 23, when Sharpe is projected to be drafted with the Kentucky brand being permanently attached to his name, regardless of the circus surrounding his college tenure.