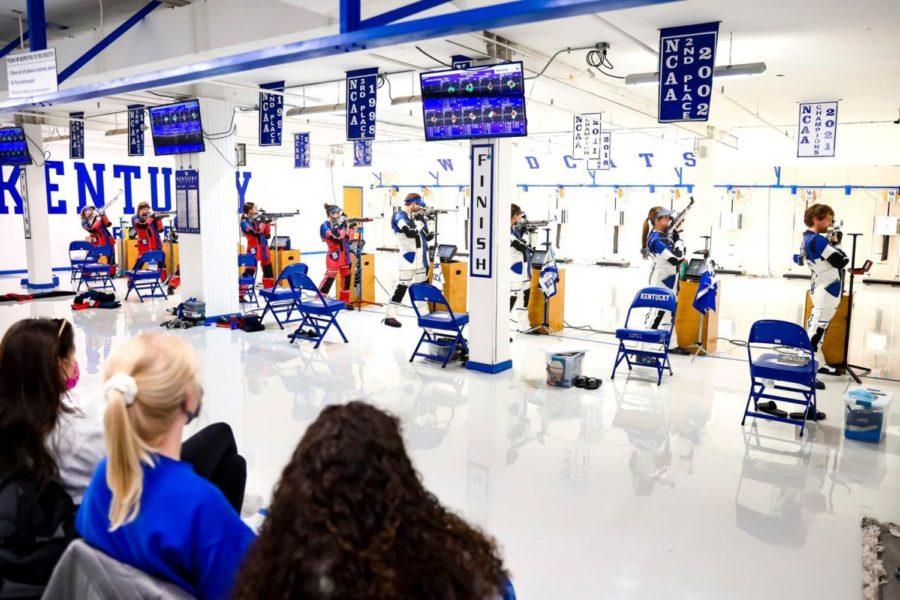 Kentucky’s rifle team put in its best performance in school history in a victory against NC State on Sunday.

The Cats set an NCAA record with an aggregate team score of 4752, making program history in the air rifle and smallbore categories.

Kentucky began Sunday’s match with a school-record score of 2360 in smallbore, beating the previous record of 2358. Senior Will Shaner placed first in the discipline with a 596, setting a career-high and tying the top individual smallbore score in the nation this season.

Junior Mary Tucker finished right behind Shaner with a 594, and senior Richard Clark finished third overall in smallbore at 589.

In the air rifle column, the Cats narrowly beat their former record score of 2391, finishing the day at 2392. Tucker led the team with a perfect score of 600, marking her second career perfect score. She is one of three athletes in the country to score a 600 in air rifle this season.

Shaner finished right behind in second with a 599, tying his career-best. Clark shot a 597 and freshman Allison Buesseler a 596.

“Very pleased with our performance today. It was a total team effort from top to bottom in both air rifle and smallbore,” Mullins said. “We still have some room to improve and we will get back to work this week on those areas. Overall, this weekend is a great start to the 2022 season. I am happy for the team to see their hard work in camp pay off.”

The UK rifle team will travel to Murray State for its next matchup on Jan. 22, in the Withrow Open.