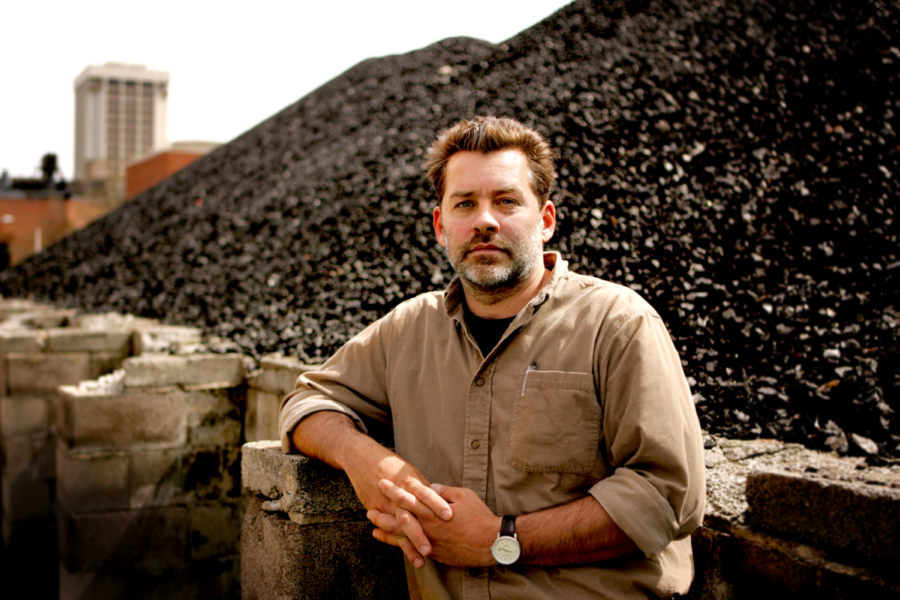 Erik Reece and Don Gibson are outspoken about coal use, but the only thing they can manage to agree on is thinking the other is wrong.

Reece, who teaches English at UK, is one of Kentuckyâ€™s most dynamic anti-coal activists, who gained national attention for his article â€œDeath of a Mountain,â€ published in Harperâ€™s Magazine and for writing a book, â€œLost Mountain: A Year in the Vanishing Wilderness,â€ that told the story of a mountainâ€™s demise due to mining in Perry County, Ky.

Gibson is a coal company executive who has spent his career extracting coal, and, if itâ€™s necessary, removing a mountaintop to do it. He is also highly involved in the reclamation of these mountains, or returning the original vegetation. Gibson is director, permitting and regulatory affairs for International Coal Group in Perry County, which is the second-highest coal-producing county in the state, with 12.7 million tons per year.

On principles alone, it seems to make sense why the two might not see eye to eye, but itâ€™s much more complicated than that.

Jump back five years, when Reece decided to write his book. He chose a mountain called Lost Mountain simply because a year later, after the strip job was complete and all the coal was extracted, â€œthis mountain really would be lost,â€ Reece said.

After a year of driving to the mountain and watching the company â€œincognito,â€ Reece gave up on Lost Mountain. â€œThere wasnâ€™t much more to see or say. Only more of the same,â€ he wrote in his book.

But Gibson, who works for the company that was licensed to mine coal in Perry County, said there was a lot more to see.

â€œI kind of felt that, as Iâ€™m sure was his point, he was trying to make us out to be the bad guy,â€ Gibson said. â€œHe didnâ€™t try to portray anyone from this company as trying to be honest with him or working with him on it.â€

Other than feeling misrepresented a couple of times, one of Gibsonâ€™s biggest problems with Reeceâ€™s book was that it was published before the land could be reclaimed and restored by the company, International Coal Group.

But Reece doesnâ€™t have much faith in reclamation and doesnâ€™t even agree with the term because he doesnâ€™t believe anything is restored.

â€œIâ€™ve never seen a mountain restored to its original contour,â€ he said. â€œWhich is what the law says has to happen.â€

Reece said he has never seen ginseng or wildflowers put back on a mountain.

â€œYou hear a lot of people say that reclamation is putting lipstick on a corpse,â€ Reece said. â€œWhat youâ€™re doing is replacing the biologically diverse ecosystem in North America with a monoculture, one species of grass.â€

But Gibson believes his company is on the forefront of many improvements, such as putting honeybees back into Kentuckyâ€™s ecosystems and sticking to native wildlife.

â€œSince ICG came into existence in October of 2004, weâ€™ve planted in the neighborhood of half a million trees, all native hardwoods,â€ Gibson said.

Atop what used to be the summit of the mountain, now reclaimed to Gibson, and considered a desert by Reece, are hundreds of American chestnut saplings, planted by local students during the Kentucky Arbor Day Festival on Lost Mountain hosted by International Coal Group.

Gibson said he believes the site is an improvement over what it was, which to him was unusable, unlevel land.

â€œWithout level land in Eastern Kentucky, youâ€™re either on stilts or in a flood plain,â€ Gibson said.

This argument is actually the first to come to mind for Reece when asked what makes him mad about the coal industry.

â€œThey like to say theyâ€™re creating flat land for people,â€ he said. â€œTheyâ€™ve created so much flat land now in Eastern Kentucky you could put the city of Louisville down. Thereâ€™s not enough people there for that kind of development.â€

Reece decided to write his book after seeing how much of the flat land, or â€œwastelandâ€ as he calls it, surrounded one of his favorite natural habitats â€” UKâ€™s Robinson Forest.

Reece just realized he couldnâ€™t write about this place in a celebratory way without also writing about the forces that destroy it, Reece said.

After researching all the new applications for permits, not even sure what he was looking for, Reece found one for Lost Mountain, and said the name was so ironic, it was perfect to tell the story of strip mining from beginning to end.

But to get the whole story, Reece felt he had to do it his way.

If you visit a strip mine with the company, they wonâ€™t show you where theyâ€™re not in compliance with the law, Reece said.

So, he trespassed once or twice a month for an entire year to see what was happening on Lost Mountain.

Gibson remembers Reece being found by miners on the site and said the company offered to have him hazard-certified and give him tours of the land.

Several times in Reeceâ€™s book he describes being surprised by explosions and dodging flyrock, the earth that is lifted into the air from a blast of ammonium nitrate and fuel oil combination.

â€œOf course we are blasting up there. If youâ€™re out there on foot, itâ€™s not a safe place to be,â€ Gibson said.

With alarms sounding before each blast that can be heard half a mile away, a guided person would be safe, said UK student Nate Waters, a company intern and soon-to-be employee.

However, Gibson is very open that heâ€™s not sure they ever would have given Reece the clearance he wanted. For that clearance, Reece repeatedly parked his truck at the foot of the mountain and hiked what he figures was over 100 miles after the entire year.

â€œThereâ€™s really no way to report on an industry as corrupt as coal without going behind the scenes,â€ Reece said over four years after his last monthly trip to the mountain.

When Reece said he told Gibson that it was nothing personal with his company, he just liked the name, â€œLost Mountain,â€ Gibson only had two words for him.

Column: Future of energy use depends on discussionThe state of coal: UK mining engineer finds himself at odds with much of campus