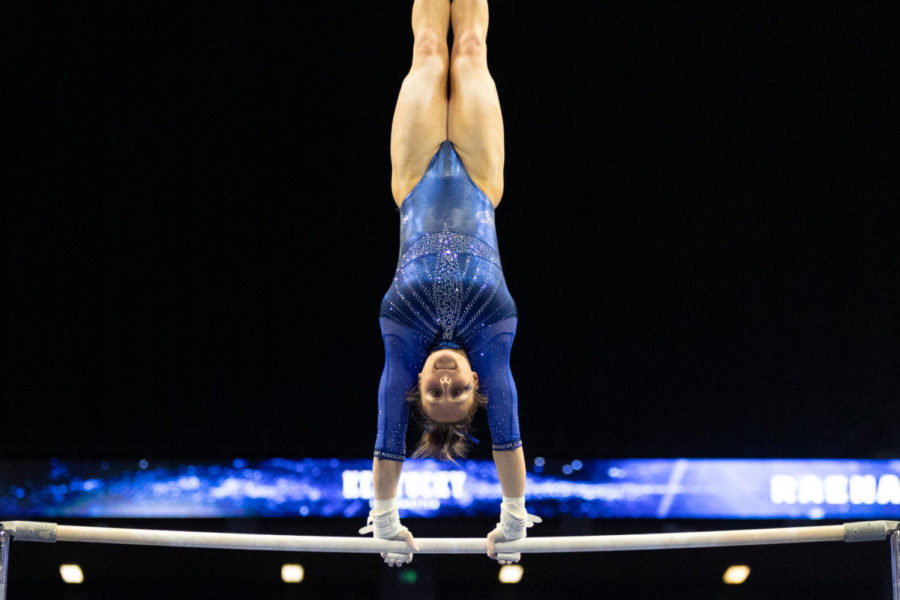 The UK gymnastics team fell to Alabama in their road opener on Friday night, despite an impressive performance from Raena Worley, as she won the all-around for the second week in row. The Cats posted a final score of 196.275 in the loss.

The floor proved to be the Cats’ best showing, as UK finished with 49.325 collectively. Anna Haigis and Isabella Magnelli followed Worley’s lead, both finishing with a 9.925 score.

Kentucky scored a 49.100 on the beams, as Cally Nixon and Bailey Bunn served as key pieces in the rotation, both scoring over a 9.8.

Nixon had a strong showing on the vault, posting a 9.875 in the Cats’ third routine. UK finished with an impressive closing performance from Magnelli, Arianna Patterson and Worley, all finishing with plus-9.8 scores.

In Kentucky’s final rotation, the team scored a 48.575 on the balance beam. Worley once again would lead the way with a 9.9, with Josie Angeny not too far behind with 9.850 to close the meet.

“We ran into a team that competed harder than us tonight and they deserved to win,” Garrison said. “We had some solid routines, but not the top to bottom performance that we needed to win on the road.”

The Cats will be back at home next Saturday to host Missouri at Memorial Coliseum. The meet will kick off at 4 p.m. E.T and will air on the SEC Network, ESPN3 and the ESPN app.