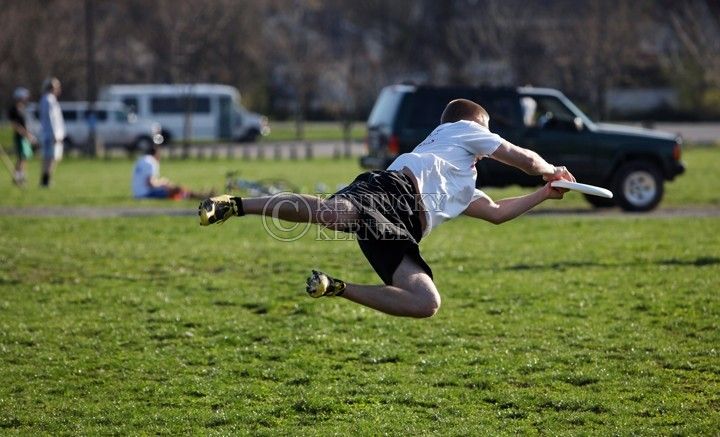 The men’s and women’s basketball teams aren’t the only teams at UK enjoying success in the month of March.

The UK club ultimate Frisbee team has performed like many other sports on campus. The only difference is you might not know about them.

The ultimate Frisbee team has just come off an ultimate accomplishment after winning the High Tide Spring Break Frisbee Bash in Brunswick, Ga., earlier this month. They competed against 27 teams in the A-bracket, the highest men’s bracket at the tournament.

While the team has 20 players, 14 are experienced and travel to tournaments to represent UK.

“Everybody that plays Frisbee is really cool. They just want to have fun,” said team captain and graduate student Evan Kraus.  “We’re always looking to find players, especially when our current players are soon to graduate.”

The Frisbee team was established by a group of Lexington Catholic alumni in the fall of 2005 following their enrollment at UK.

“(A good ultimate Frisbee player is) willing to learn the game and wanting to get better,” Kraus said. “People get confused when they come out thinking this is a recreational team.”

Many students who try out for the team can’t handle the rules or may not know the rules, Kraus said.

“Not to mention there is a lot of running involved,” he said with a laugh.

This year, the team has traveled to more tournaments than ever before. They’ve traveled as far as Chicago, Granville, Ohio, Miami of Ohio, Brunswick, Ga., Vanderbilt University and as close as Berea, Ky.

The Cats face off again in Granville, Ohio on April 17-18 with hopes of qualifying for nationals. To do this, they need to place in their section which would put them in regionals.

Kraus hopes the success so far this year will bring out more players to the team. Many big schools in the country have an A-, B- and C-team, but with the limited number of people who come out, they barely have enough to fill an A-team.

“Winning these (regional) tournaments  are more to have fun than anything,” said Jack Miller, a three-year ultimate Frisbee veteran. “Fortunately, we come out victorious in most of the tournaments we play in.”

Miller was drawn to the sport when he saw some guys throwing the disc around one day and decided to try it out. He said it reminded him of his days as a goalie in soccer.

“I love the athletic challenge when the disk floats and it’s challenging to judge and catch it,” he said.

The team doesn’t have a coach and is instead run by the captains or veteran players on the team.

In the past year, the team has become closer with the wins and success and with the chemistry that is built when they travel to various tournaments.

“I am very proud of the team,” Miller said. “I have had the most fun this year than any other year playing.”