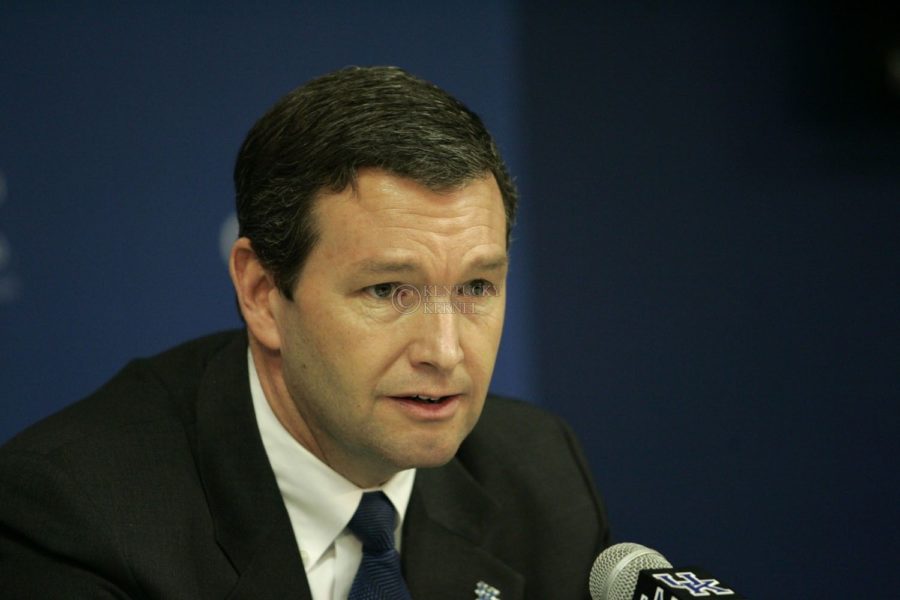 Just two years after UK Athletics Director Mitch Barnhart first presented his goal of winning 15 conference and national championships across the athletic department by 2015, the athletics department is already seeing the results of his initiative.

Another of Barnhart’s goals was to have the UK athletic department rank in the top 15 of the Learfield Sports Directors’ Cup rankings by 2015. UK was ranked 13th in the most recent release of the standings after finishing 34th last year.

The athletic department has never finished higher than 26th in the Directors’ Cup rankings. The final standings for the year are released on July 1.

“We had set our sights on being top 15 in all sports by the year 2015,” Barnhart said in a UK athletics news release. “This would obviously accelerate that pace, which pleases me greatly in that it means our teams, specifically our coaches and athletes, have really done some special things so far this year.”

The UK Athletics Association Board of Directors and the UK athletics Finance Committee will meet Monday afternoon. They are expected to discuss the Finance Committee’s report and the athletic director’s report.