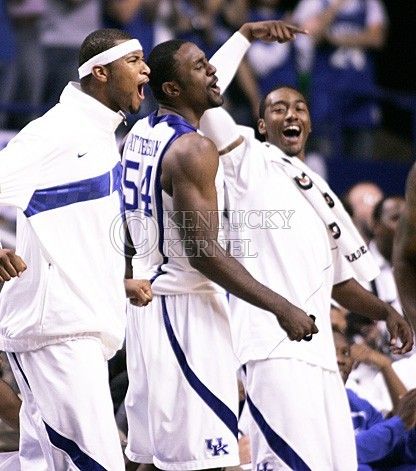 John Wall was selected as the No. 1 pick in the NBA Draft by the Washington Wizards on Thursday night, leading the way for four other Cats to be drafted in the first round. This marks the first time a school has produced five first-round picks in a single draft.

DeMarcus Cousins followed Wall as the No. 5 pick to the Sacramento Kings.

Eric Bledsoe is the No. 18 pick by the Oklahoma City Thunder. However, the Thunder will send Bledsoe to the Los Angeles Clippers in a trade.

Daniel Orton squeaked into the first round as the 29th pick to the Orlando Magic.

“For a program that makes history pretty regularly, Thursday night was a truly historic evening,” UK head coach John Calipari said in a news release. “An unprecedented five Wildcats were chosen in the 1st round of the 2010 NBA Draft. I am so proud of John, DeMarcus, Patrick, Eric and Daniel and I love the way they have represented our university, our program and the Big Blue Nation.”