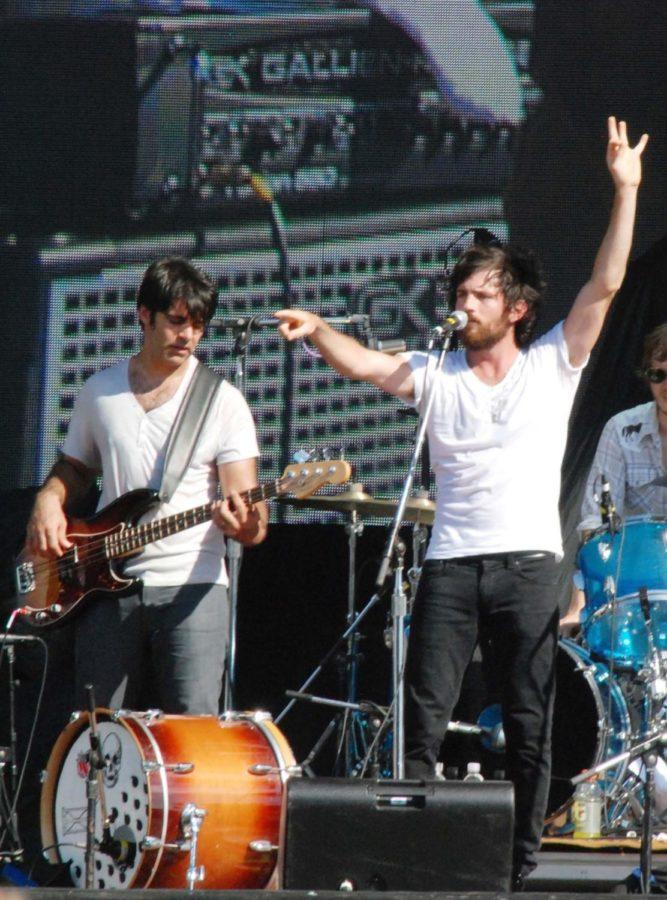 It takes a special kind of entertainment seeker to appreciate a music festival.  Not only does a festival usually involve taxing your stamina and resilience in a multiple-day heat wave, but also your ability to face endless means of sensory excitement.  Though the latter sounds like more of a benefit, you can quickly find choices to be a challenge.

This was the case with HullabaLOU, Churchill Downs Entertainment’s newest event, held in Louisville. Festival goers could easily find themselves pondering such theoretical scenarios as, “Do I finish listening to the soulful melodies in the set list of Gladys Knight, or rush over to the main stage and treat myself to the acoustic rock influence of Train?”  Truth be told, that was not a hypothetical dilemma, but a decision I actually struggled with.  Both of these shows deserved having 110 percent of their time on stage witnessed, so one would quickly realize that balancing time between scheduled events is crucial to get the optimal experience.

In addition to the trials of choosing what music to observe, the presence of vendors, shops, and a variety of food and beverage options created an even richer environment for people spending time in limbo.  Between the Paddock and the Infield, guests of Churchill Downs had the opportunity to indulge in some of the region’s favorite cuisine.  Whether you were in the mood for barbecue from Famous Dave’s, a chicken sandwich or wings from Beef O’Brady’s, pizza from BoomBozz Pizzeria, or a cool treat from The Homemade Ice Cream and Pie Kitchen, you could choose from these vendors, as well as a variety of others.   Beverage options were also abundant, though as you will see at many festivals, a significant portion of fluid consumption wasn’t intended for hydrating the body, but for dehydrating your inhibitions.  Plenty of soft drink and lemonade stands were available, but a favorite of those grooving hardest to the music were the full bars and beer kiosks.

As for the music itself, you are greeted with the sound and energy of excitement before you even make way into the gates of Churchill Downs.  Noise pollution could easily be heard from a mile away, so the journey in was that much more thrilling.  Once inside, you had quite an eclectic array of music styles to choose from.  My first dilemma, as I said before, was between Gladys Knight and Train, but after that I had to choose between Colbie Caillat and the Doobie Brothers.  Clearly, these aren’t decisions that can be made lightly.  I spent the earlier part with the delectable Colbie Caillat and her free spirited stage presence.  She introduced a lot of new music to the crowd, often gauging the audience preference before continuing.  Besides her own repertoire of hits, she also sang “Lucky,” a familiar Jason Mraz duet, and called her guitar man on stage for a rendition of “No Woman, No Cry,” which was perfect accompaniment for the setting sun.

Not to cut the efforts of the Doobie Brothers, Bon Jovi, Taj Mahal, Black Crowes, etc. from review, but their shows were simply as amazing as you would expect, hitting all of their greatest hits and pulling some very dense crowds. My favorite musical acts were the Dave Matthews Band and the Avett Brothers, who actually opened for DMB on part of a recent tour.  The Avett Brothers brought one of the liveliest and emotional performances I’ve seen from a band not simply parading on stage.  You could feel them experiencing the crowd as much as we were them.  Dave Matthews Band followed later that evening, bringing some of the best of their “jam band” songs to the new festival.  The crowd was more than receptive to the momentum that DMB brings in their often 10 to 15 minute ballads.  Specifically, Dave invited fellow artist Zach Brown, who performed earlier in the day, to accompany the band in “All Along the Watchtower,” a fan favorite.

Churchill Downs had a very successful music festival with HullabaLOU, bringing in just shy of 80,000 attendees.  According to the CDE president, HullabaLOU received very warm reactions, and another festival is planned for next year.  When the toughest part of the festival experience is the overwhelming range of options, it’s hard to complain about much, but sorting these options can certainly prove to be complicated.

“Too many options may kill a man.” – Damien Rice