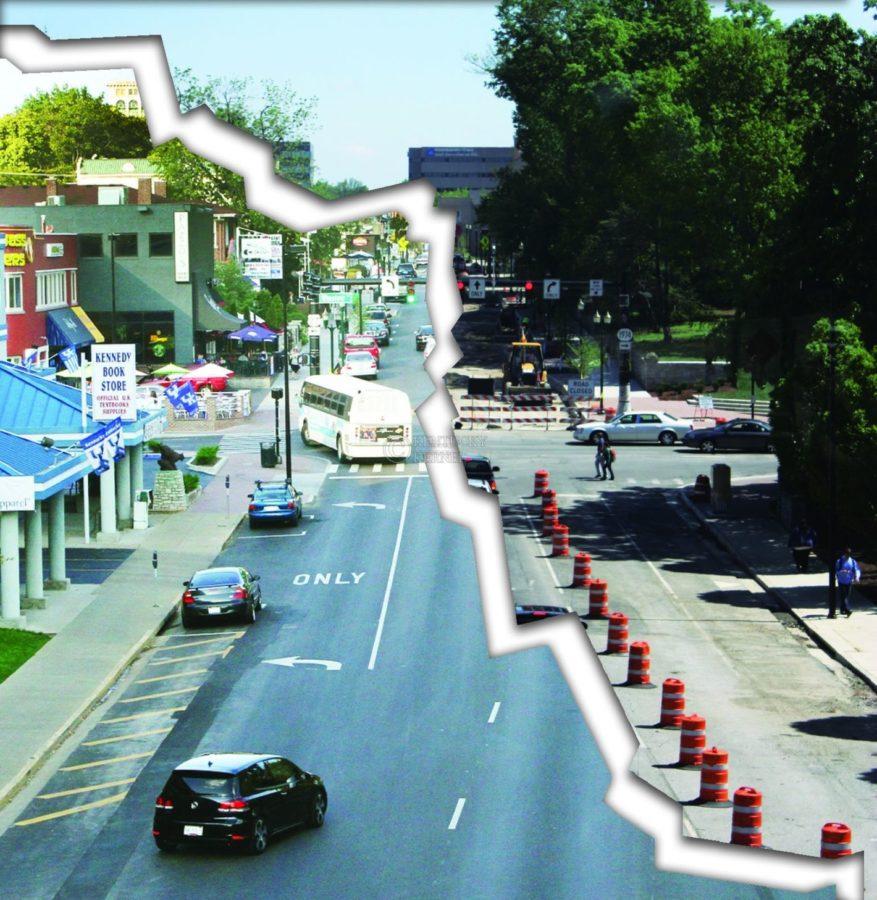 The wave of construction that once flooded South Limestone has receded, leaving behind sparkling new sidewalks and pavement.

After nearly 11 months — from July 2009 to June 2010 — the project, which widened sidewalks and added bike lanes, is complete. The roadblocks are gone, and the street is open, much to the relief of local business owners.

Shops along South Limestone experienced unfortunate effects because of the construction.  Some survived just fine, such as Chipotle Mexican Grill.

“[The construction] didn’t hurt us a whole lot,” Chipotle Manager Penny Church said.  “We get a lot of walk up customers, so it wasn’t too bad.”

Chipotle’s neighbors were not as lucky, however. Declining sales became a stark reality for most shops located along the strip.

Steve Baron, owner of CD Central, explained how it was a tough atmosphere to keep customers.

“During the construction, our sales fell by over 10 percent, which is a lot in the world of business,” he said.  “Many people just didn’t want to drive through the area.  Psychologically, it discouraged a lot of people from coming.”

Hanna’s on Lime has also taken a big hit in business during the past year.

“We were down 50 percent [in sales],” Beth Hanna, the store’s owner, said.  “The store just wasn’t accessible.  It was really a struggle for us.”

The tides seem to have turned for the businesses, however. Lexington announced the street’s reopening with a city-wide block party on June 19.  Since then, many stores and restaurants have begun seeing their customers return.  One person who has noticed this is restaurateur is Mamadou Savane.

Savane is the owner of Sav’s Grill.  A native of Guinea, ‘Sav’ admitted that his business took a hit during the past year.

Limestone’s reopening and  block party signified a new era for his business.

“The city came out that night,” Savane said.  “There was many people in the streets.”

Since then, Savane says his sales have increased by 30 percent.

Although other stores may not have had such dramatic comebacks yet, the general trend seems to be on the upswing.

“In terms of immediate impact, we’re still not back to where we were, but we’re on our way,” Baron said.  “I like how everything looks.”

Even Hanna’s on Lime has seemed to weather the storm.

“Things are definitely getting back to normal,” Hanna said.  “Foot traffic has increased and that’s great.  It lets people see what’s there.”

With school back in session, students have begun to make good use of the remodeled street.

“I think it looks great,” mechanical engineering sophomore Matt Ernst said.  “I’m sure this year I’ll take advantage of it a lot more.”