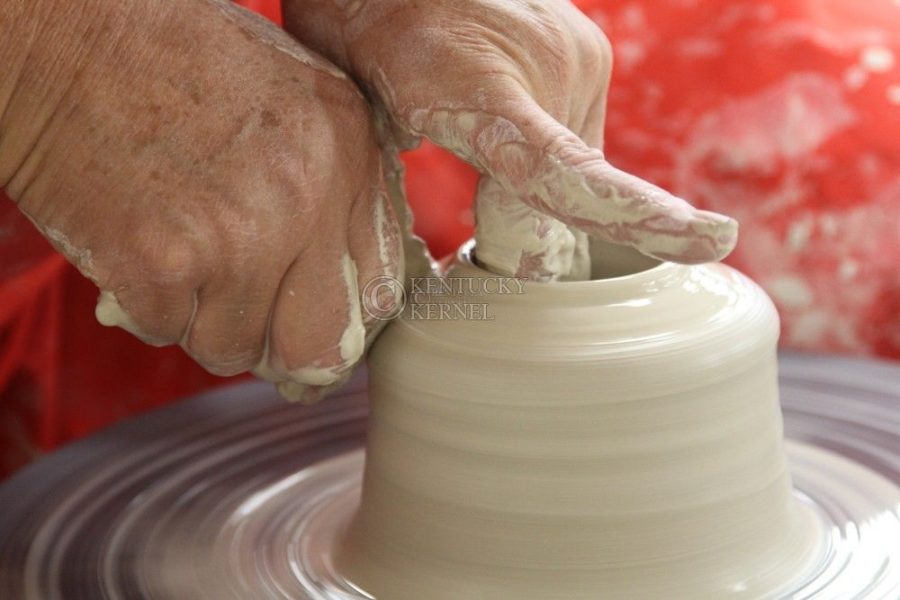 The average college student is about 20 years old and takes classes to learn skills to prepare for life and a career. But not all students at UK fit this traditional mold.

Some students already have a lifetime of knowledge and experiences and return to school to learn more. At UK, these students are known as Donovan Fellows.

Founded in 1964, the Donovan Fellowship for Academic Students, allows students who are 65 or older to return to UK without having to pay tuition.

The program was named for Herman Donovan, president of UK from 1941-56.

“(Donovan) had the wisdom to understand that even though age 65 retirement was typical then, that curiosity never retires,” Smith said. “And that older adults could be a tremendous valuable resource to the community.”

Around the same time the Donovan program was starting, William Stull was serving in Vietnam. He was there 31 months, 25 days and 10 hours.

Stull has a masters degree in education from UK and worked on a doctorate degree, but he never completed it. Stull also served as a leader in UK’s ROTC for four years.

However, Stull didn’t return to UK to complete his doctorate or to work with the ROTC program. He came back to learn pottery to teach his grandson, who he and his wife raise.

“I had a little guy who said he loved ceramics,” Stull said.

Stull said he takes the class “to be able to stay ahead of him.”

Since Donovan fellows are UK students, they have the same grading options as other students: grade, pass/fail or audit.

Stull said he either audits classes or takes them as pass/fail.

“I don’t want to put pressure on myself or skew the class averages,” Stull said.

Barbara Steinrock, another Donovan’s fellow in Stull’s ceramics class, said she had taken pottery classes as an undergraduate.

“My work is a lot different than it was,” Steinrock said.

Steinrock said the age of the Donovan’s fellows doesn’t affect their interactions with other students.

“The age doesn’t make any difference at all,” Steinrock said.

She also said age doesn’t mean she tries any less in her classes.

Bobby Scroggins, professor of the Ceramics II class Stull and Steinrock are taking, said he has taught several Donovan’s fellows during his 21 years at UK.

Scroggins said the fellows are a benefit to his classes.

“They bring about a sense of stability and maturity,” Scroggins said.

Around the time Stull was serving in Vietnam, Dr. Robert French was beginning his residency at UK.

Two things led French to take classes again. First, French said he has written a children’s song he would like to develop. The other is to finish a composition he first heard in a dream.

As an introductory course, the musical theory class has a wide range of talent and knowledge.

French said he doesn’t play piano but uses a keyboard as a tool to help him with scales and to visualize his work.

“I don’t plan to write any symphonies,” French said. “So I’m trying to basically achieve the 6-year-old level of Mozart level, not the 8-year-old.

“In fact, I’d be happy to achieve the 5-year-old level,” French said.

Holm-Hudson said the class teaches students the elements of music, including basic harmony, chords and scales.

Holm-Hudson said he could think of two Donovan’s fellows, including French, who have taken music classes. He said the fellows don’t feel self-conscious, and they motivate other students to do their best by being quick to answer questions and to do assignments.

“The Donovan’s scholar program is wonderful,” Holm-Hudson said. “The students I’ve had from that program have always been a real asset to our classes.”

Holm-Hudson said one of the first assignments he has his students do is create a CD with their favorite songs. He said French turned in a full-length CD with recordings French had grown up with.

Holm-Hudson said he appreciated the personal touch French brought to the class through the CD.

With the three options for grading, French said he is taking the class for a grade.

“Human nature being what it is, if you audit a course, you’re not going to work as hard,” French said.

French said as he’s gotten older, he sees a “new form of procrastination.”

“And now I’m almost reaching the level where I think, ‘No, I’m going to need a new lifetime to do that.’ ”