Suicide prevention week: How to help a friend 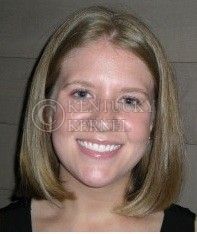 College can be a very stressful time. School work, roommates, finances, grades, relationships, job hunting—these things can cause stress in a person’s life.

Chronic stress can lead to a variety of health issues, including heart disease and, for some people, depression. Thirty percent of college students reported that they felt so depressed at least once in the past year that it was difficult to function.

Depression is a chronic condition, and while clinicians are not sure exactly what causes depression, there could be a number of factors involved. These include hormonal changes, inherited traits and life changes (such as stress).

Many times depression just appears out of nowhere. It is important to remember that someone who feels depressed is in pain, and is not making these feelings up.

Some people may find that the pain of their depression is so great, it causes them to consider suicide. Ninety percent of all suicides occurring during or following a depressive episode.

• Suicide is the third leading cause of death for 15 to 24 year olds in the U.S.

• According to the College of Social Work, 65 percent of UK students reportedly know someone who has attempted or died by suicide.

Almost everyone who has attempted or died from suicide gave some clue or warning to others.

“When a loved one commits suicide, the survivors may feel angry and guilty for not noticing that something was wrong,” said Dr. Laurie Arndorfer, University Health Services Chief of Behavioral Health.

You can call the National Suicide Prevention Lifeline at 1-800-273-TALK (8255), as well as speak to a clinician or mental health professional.

If you learn that someone is considering suicide, you should not keep this a secret. If you feel it is an emergency, call 911 immediately.

You can also call a parent, professor, staff member or other trusted person to seek help.

If you are interested in learning more about how to spot the signs of suicide, attend the informational tables on Sept. 7 and 8 from 10 a.m. to 3 p.m. in front of the Whitehall Classroom Building. Or call UHS Behavioral Health at 323-5511 or the Counseling Center at 257-8701.