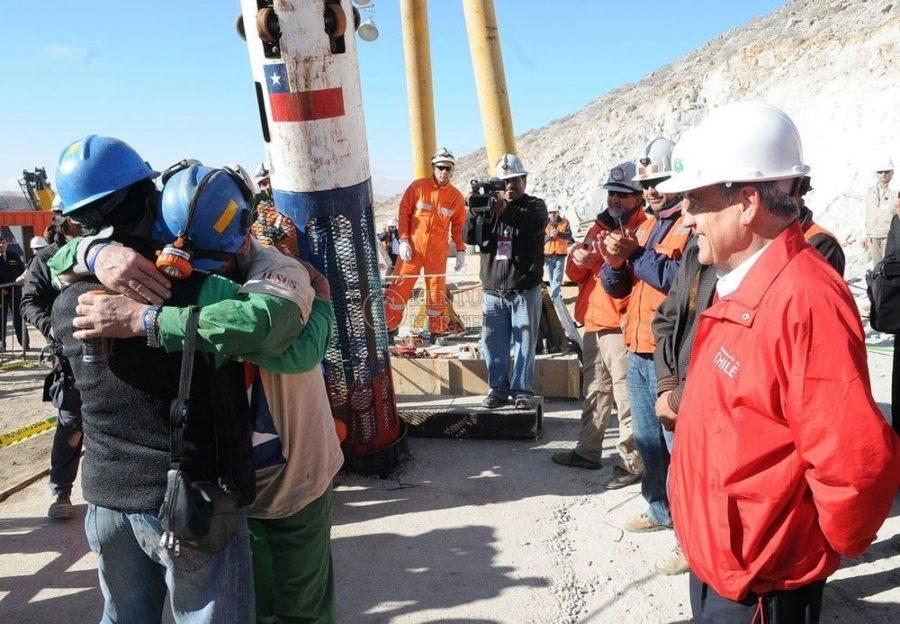 What have you done since Aug. 5?

This was the date 33 miners in Chile became literal hostages to their labor.  Their 69-day’s wait for liberation is a story that mesmerized viewers from around the world, and the reason is worth excavating.

For nearly 10 weeks, newspapers and television networks were peppered with briefs and reports in relation to the mine status. Occasionally, the news incorporated stories about the miners’ personal lives, but it wasn’t until last Wednesday the world got the story it craved — the moving, human-interest narrative.

When the miners emerged from the mineshaft last week, they simultaneously unearthed universal themes that connected the world to this singular event.

The slow spinning pulley wheel, the ominous mineshaft and the hazy-eyed expressions of anticipating family members were the paralyzing images that cemented viewers to their couches in a temporary state of rigor mortis.

When the capsule finally emerged with the first miner, Florencio Avalos, the Chilean mine saga took a positive and chilling tone.

This story became a universal, collective tale about life and the strength of humanity. All 33 of the miners survived an environment with conditions known only comparatively to astronauts. The heroes are a testament to the strength of humankind, and how we are truly unaware of the capacity we have to survive.

Although life continued in the world above ground, those who followed the story (myself included) reserved a piece of their attention underground. We empathized with the wives, the families and the friends. We put ourselves in the mine. We imagined our loved ones in the mine.

For the followers of the story, this catastrophe put millions underground. But it should not take a disaster for us to awaken from our numbness. We shouldn’t be buried half of a mile underground to express our feelings for someone or beg for a second chance at life. We should live and love with reckless abandon, as if our mine could collapse at any moment.