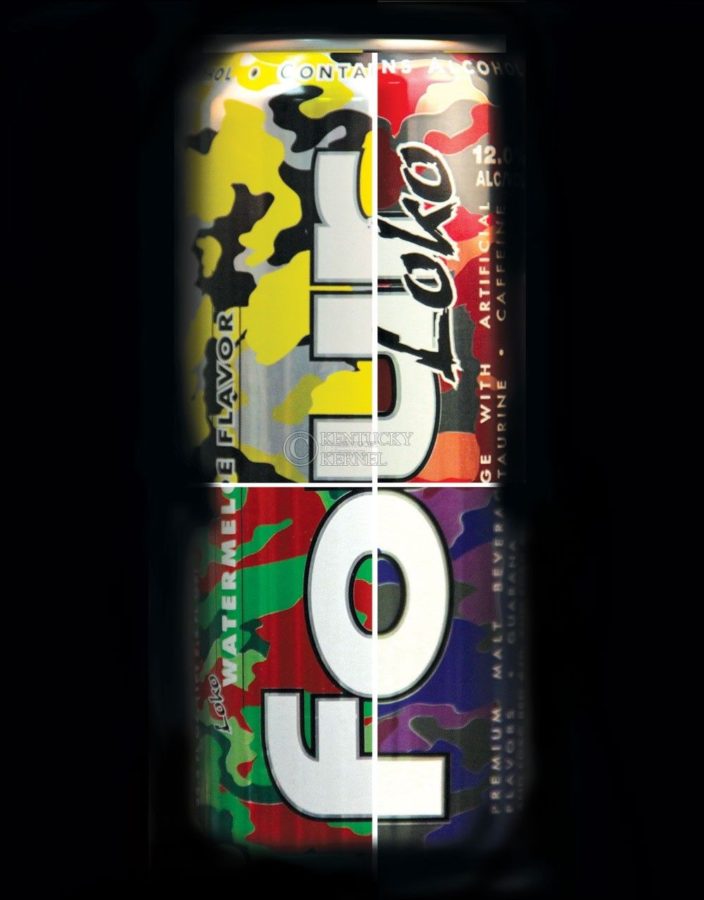 Are you for Loko?

Four Loko, the alcoholic energy drink that combines caffeine, taurine, guarana and alcohol, has been the subject of controversy because of recent incidents involving the drink at Central Washington University and bans of it. The drink has recently made its way to some stores near UK’s campus.

According to the website, 82 total stores near UK’s zip code carry Four products.

Big Daddy Liquors, located at 372 Woodland Ave., started selling Four Loko about a month and a half ago, manager James Swanberg said.

“They seem super happy about it,” he said.

“The first week the sales were kind of slow, but they quickly picked up, and now we sell out of it every weekend,” she said.

Spears said the store has had to order extra because the drinks keep selling out. She said they have been outselling competing alcohol energy malt beverages.

Spears also said no one has raised concerns about safety, and the store has not discussed discontinuing sales of the products.

“If anything, it’s increased the sales of the product,” she said.

Andrew Smith, director of the Alcohol and Health Education Office at UK, said the department does not have specific presentations geared completely toward the alcoholic-energy drinks, but they are a significant part of existing presentations.

Smith said a potential to abuse products that mix caffeine and alcohol exist. Because of their caffeine and sweet taste, those drinks have the ability to keep people awake and delay the actual signs of feeling intoxicated, he said.

Smith said drinking Red Bull and vodka has been a common mix for students who drink, so products like Four may be the next step up.

“No one is more upset than we are when our products are abused or consumed illegally by underage drinkers — and it appears that both happened in this instance. This is unacceptable,” said the news release.

Smith said if the Alcohol and Health Education Office finds there’s a need to more specifically address caffeinated alcoholic drinks, it would revise existing presentations or add new ones.

Dr. Ryan Stanton, director of emergency medicine at UK HealthCare Good Samaritan Hospital, said the hospital has not seen any complications because of caffeinated alcoholic beverages.

Stanton said no particular dangers exist with these products, but a more psychological danger exists because the caffeine causes a delay in intoxication feelings, causing people to drink more than they normally would.