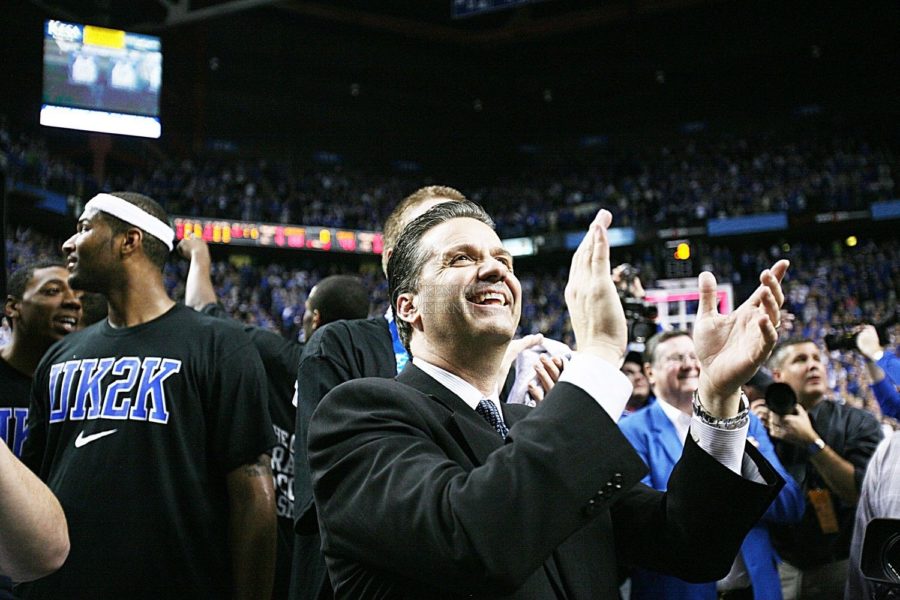 Chaos is always swirling around UK head coach John Calipari, engulfing everything the program does.

Even in the offseason — is there even an offseason anymore? — there was controversy swirling, shots taken, rumors spreading.

Calipari seems resigned to his fate.

“It’s just how it is, coaching at Kentucky,” Calipari said at UK Media Day, as reporters asked him questions about a myriad of topics for 60 full minutes.

None have been proven.

“You could say I don’t want to deal with that, so don’t coach here,” Calipari said.

And yet he is coaching here. Although he expected nonstop attention upon taking the job, he said he had no time to even reflect on everything that was said over the summer.

First-year Auburn head coach Tony Barbee, who played under Calipari at Massachusetts and was an assistant coach to Calipari for seven years, drew on nature for a different metaphor.

“I’ve always said to coach that he has to have it swirling around him — that’s the kind of personality he is — to be successful,” Barbee said at SEC Media Day. “That’s what drives him every day, just everything swirling around him. He needs those waters real muddy and dirty and rough.”