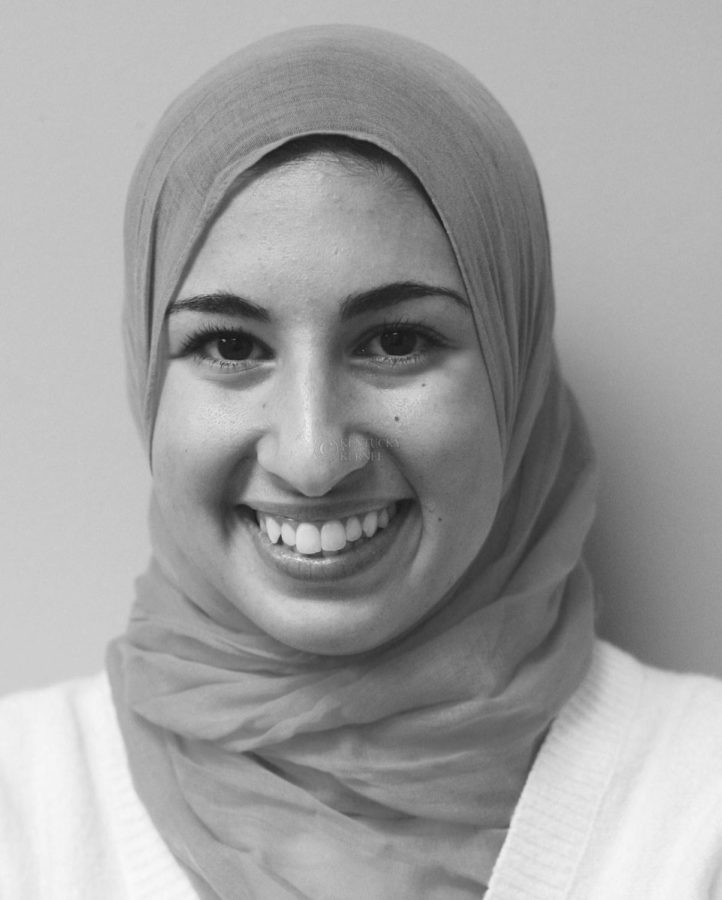 I wake up each morning, get dressed, then head over to my bright array of hijabs (scarves) hanging over my closet door. I choose one carefully and wrap it with the ease of someone who has donned a hijab for the last 16 years of her life. I pause a moment in the mirror and giggle as I remember how sloppily I used to wear it as a Kindergartner — it was loosely tied over a patterned dressed my mother sewed with her own hands.

For many years of my life, I did not choose my clothing. I was at the mercy of my parents, who donned me in dresses, skirts and the loose traditional clothing of my religion, Islam. Because of this, I couldn’t represent myself through my outer garments, a hallmark of many adolescent and teenage girls’ lives.

Because of the hijab, I could not hide behind my hair, make-up or fancy outfits. I could not hide, period. Personality came first, and looks became second. In a world where you can’t escape beautiful girls in the media and an image of what you “should” look like, I suddenly became very different.

When you’re eight, being different is a hard concept to grasp, and there’s little you believe you can do to change your circumstance. Typical questions were asked: Do you shower in that? Are you bald? And I always laughed it off as a joke, pretending it didn’t bother me. Looking back, I don’t know if they would have understood why I wore the hijab, especially when I don’t know if I fully understood myself.

Since then, it has been a long and sometimes lonely journey to discovering my identity. I knew that if I showed discomfort with who I was or how I dressed, others would too. Being the social creature I am, I became adept at not making it a focal point, and soon enough, it became so natural to wear it that I almost forgot it was there.

Slowly, I began to realize that hijab was more than a piece of cloth meant to cover my hair.  Hijab is about looking and acting modestly. It is about being respected for who you are and not what you look like. It is also the flag for Islam.  Whether I want it or not, how I am perceived is often filed away into the same category as “Muslim.”

Now, being “different” is something I celebrate and am eternally grateful for. More importantly, I know that while me standing out was initiated by my parents, today, it is my choice and no one else’s.

This is my story. However, ask any Muslim girl who wears (or even doesn’t wear) a hijab and hers will be different. There are those who choose to wear hijab at a much later age than I did, and Muslims who still struggle with the choice to wear one at all.

One thing I’ve realized about college is that people are more tolerant and respectful of hijab. Despite this, so few people have actually come up to me and asked about what it was or why I wear it. Please, ask questions. I very much appreciate your curiosity and love the chance to give a more accurate view of Muslim women.