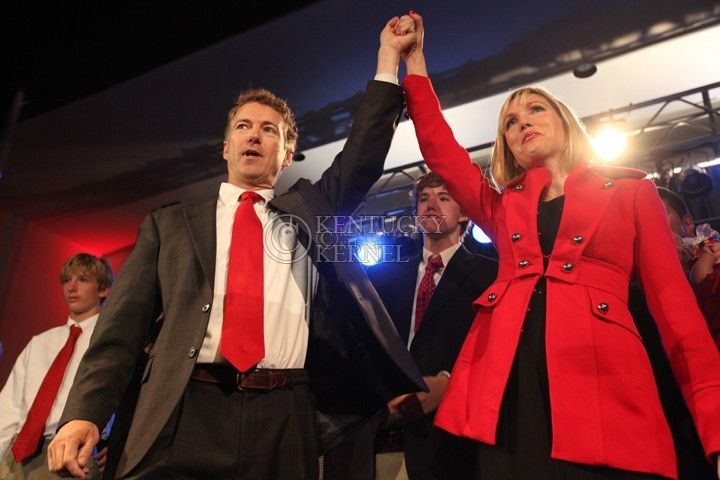 Paul, a Bowling Green native and son of 2008 presidential contender Republican Ron Paul, used his father’s name recognition and fund-raising, criticism of President Barack Obama and a message of small government to out-duel Conway, a Louisville native and the commonwealth’s current attorney general.

“We’ve come to take our government back,” Paul said. “Eleven percent of Americans approve of what the government has done. Tonight the Tea Party tidal wave is sending a message.”

The Tea Party is a populist, conservative movement that started in 2009 with a series of organized protests against large government.

Paul helped fuel the movement in May when he beat Republican favorite Trey Grayson in the primary. He said Tuesday that America’s government does not make the country great, but the people do.

“America is exceptional, but not inherently so,” he said. “It’s exceptional because Americans embraced freedom, enshrined freedom into its documents and lived for the principle. America will remain great if we remain proud.”

The race, which was for a seat former Sen. Jim Bunning left vacant when he decided not to run for reelection, was marked by hard-hitting ads that attacked the platforms and personal lives of both candidates.

“I think a little distance and time will make us forget that,” Paul said after receiving a call from Conway.

During their campaigns, both candidates garnered support from nationally known politicians.

Pre-election Gallup polls only showed an advantage for Paul, however. Paul led Conway by nine percentage points in a Courier-Journal poll published Oct. 28, four days before the election.