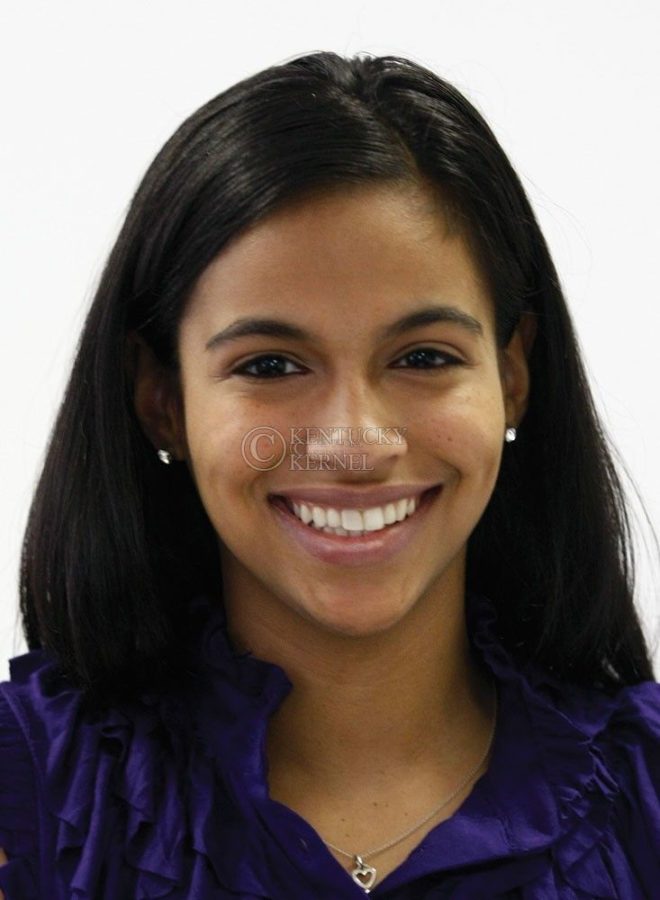 Some of the most popular names in the music industry hit the red carpet Sunday night at the 53rd annual Grammy Awards at the Staples Center in Los Angeles.

Because of such high exposure on the red carpet, it is a designer’s dream to have an A-list celebrity wearing his or her newest designs; especially when every journalist, photographer and spectator wants to know the answer to the infamous question, “Who are you wearing tonight?”

However, on Sunday night some celebs did their fashion designers—and themselves, for that matter—no justice.

While watching the celebrities arriving to the awards ceremony, the very obvious trend of the evening was metallic. Metallic, metallic and yes, more metallic!

Both Heidi Klum and Kim Kardashian wore gold metallic dresses on the red carpet. It goes without saying that Klum was the more elegant of the two, with credits to her golden designer, Julien MacDonald.

With a high leg slit, deep-cleavage neckline and a loud gold-toned dress, Kardashian did not give designer Kaufman Franco a good look. But you couldn’t tell her that. When asked about her look for the night, she told the New York Daily News, “I’m like a bronzed trophy now.” Couldn’t have said it any better, Kimmie.

But Kardashian wasn’t the only celeb who missed the fashion mark Sunday night. Young Money artist Nicki Minaj walked the red carpet on the wild side. Wearing head-to-toe leopard print (shoes, stockings, dress and gloves) and hair reminiscent of the bride of Frankenstein, she was an attention grabber.

With her latest music video “S&M” banned in 11 countries, it was no surprise that R&B singer Rihanna’s dress was risque, leaving nothing to the imagination. Designed by well-known Jean Paul Gaultier, she wore a white sheer dress that bared all.

“He’s one of my favorite designers,” Rihanna told the daily news of Gaultier. “I pretty much snatched [the dress] off the runway.”

Besides the quirky and “misunderstood” outfits of the evening, the red carpet at the Grammys showcased some fashion hits.

Keeping the metallic theme alive, Miley Cyrus wore an animal print Roberto Cavalli gown with metallic accents. I will be the first to say I am not a huge Miley Cyrus fan, but her dress was gorgeous.

After her weight loss of five dress sizes, Oscar-winning singer Jennifer Hudson looked amazing flaunting her new figure. She wore a midnight blue Versace dress with a metallic accented bodice (which appropriately created cleavage without losing the classiness of the dress) and Christian Louboutin heels.

Honorable mention goes to Justin Beiber, who wore a white velvet three-piece tuxedo with white sneakers and a black Dolce & Gabbana bowtie. I’m not quite sure what look he was going for, but it wasn’t a complete disaster.

The red carpet at the Grammys brought out the wild, censored and utterly fashionable.

Shelisa Melendez is a junior journalism and merchandising apparel and textiles major. E-mail her at [email protected]