Cats draw Ole Miss in second round of SEC tourney 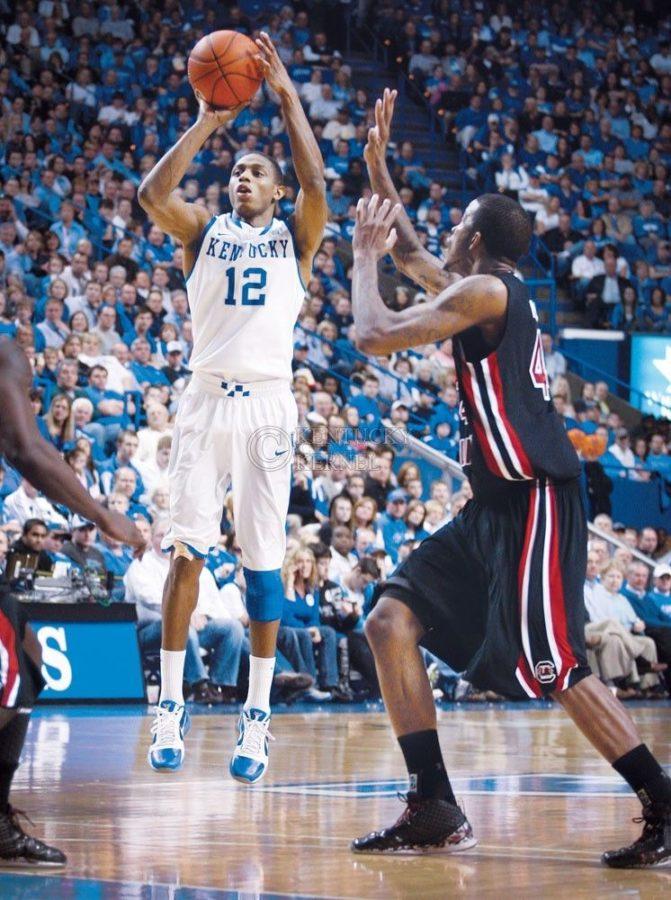 ATLANTA, Ga — Ole Miss, fresh off a win over South Carolina on Thursday and already looking forward to its matchup against UK, wasn’t planning on watching a lot of film of its next opponent.

“With the exposure that comes with that program, I don’t have to show tape tonight,” Ole Miss head coach Andy Kennedy said. “We all know who Brandon Knight is, and Terrence Jones likes to go left and if you leave Doron Lamb open he’s going to make it.”

Notice how those three names popped up. When asked about the gameplan against UK, Ole Miss forward Terrance Henry tossed out the same three names.

“We feel like their top three scorers are freshmen, we try to limit their touches, limit their scoring,” Henry said. “We try to make somebody beat us other than those three.”

UK might be saying the same thing about having to limit Chris Warren, who scored 22 points in a two-point Rebel win over UK earlier this year.

“He gets so much attention that the other four people on the court are not really even acknowledged,” Henry said. “I don’t think it’s an insult. He’s been our team. If I was another team, I would do the same thing.”

That means the rest of Ole Miss is going to be ready to step up. UK head coach John Calipari said there were four positions UK could not guard on the dribble the last time the two teams met.

“I think we match up well against them,” Warren said. “They play man (defense) majority, which plays to our strengths.”

However, that game was on the road. This time, it’s on a neutral site — technically. Kennedy fully expects the Georgia Dome’s red and black seats to be fully filled with blue. He said the atmosphere would create a “Final Four” feel to the game, which would be an advantage for UK.

The disadvantage for UK, however, could be in the unfamiliarity with the arena. The Georgia Dome has been split in half, with the court essentially placed where the end zone would be. It creates a weird feel to the game.

Ole Miss has a game already under its belt, UK doesn’t. That’s a concern for Calipari.

“One of the things is that this is (the young player’s) first time in the tournament,” he said.