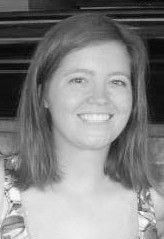 I’m never good at long goodbyes. Any attempts on my part end up sounding sappy and cliché.

Factor in, too, that my preferred mode of communication is written.

Saying farewell to someone over email or in a Facebook message doesn’t exactly have the emotional closure you’d most likely expect or desire.

This puts me in a predicament as to how to address this very topic in my last column in the Kentucky Kernel.

I don’t have frilly cards to handwrite to every single one of the more than 28,000 UK students.

And my email account is migrating in a few days (ironic, considering I graduate in about a week), so creating a listserv for this sole purpose seems a bit excessive.

Surmise to say that a column seems the most practical way to accomplish this.

President Lee Todd has it easy. He has the opportunity to address hordes of people at this year’s graduation ceremony, or for that matter, any time that he deems a formal campus-wide meeting is necessary.

Don’t get me wrong, I’ll miss him and Patsy Todd just the same as anyone who has had the great privilege to attend UK during his administration. As a fifth-year senior, I’ve been at UK for exactly half of his tenure as president.

I’m just saying that he’s been around long enough that whatever his post-presidential plans may be, the adjustment won’t be too strenuous because practically everyone in the state of Kentucky, and elsewhere, knows him.

I, on the other hand, am about to descend into uncharted territory. No more homework, no more staying late at the Kernel as we push deadline yet again. I’m about to leave all that familiarity behind.

And that’s probably why goodbye is best left unsaid.

Poet Robert Frost once said, “Ends and beginnings – there are no such things. There are only middles.”

He’s right. This isn’t goodbye, nor is this the end. It’s just the middle.

Gosh, that sounded cliché, didn’t it?