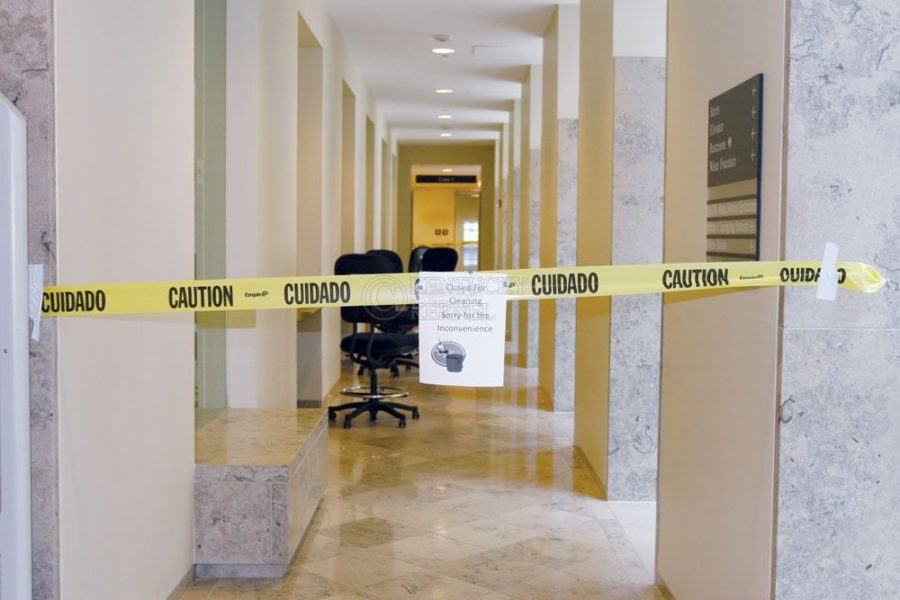 Possibly as part of what experts in the entomology community are describing as a regional epidemic, bed bugs were discovered on campus for the second time in a week Friday in the W. T. Young Library.

“I was in the library using the computers on the second floor around 3 p.m. or so, when a library employee began asking patrons to finish their business on some of the computers,” UK graduate and Lexington resident Brad Vien said.

Vien said no explanation was given as to why the library employee asked them to leave, but he said some workers began to rope off areas with yellow caution tape.

“I didn’t think much of it until a little later when I saw an exterminator with OPC Pest Control inspecting all of the furniture around the computers,” he said.

UK spokeswoman Kathy Johnson confirmed, in an email to the Kernel Tuesday, that bed bugs had been found in the library.

She said that three bed bugs — “two dead and one live” were found in a “single computer kiosk.”

“One dead bug was sent to the Student Center for identification on Friday while OPC was treating there,” Johnson said. “An OPC official went over to the library right away to determine the situation.”

Vien returned to the library on Saturday to find the public section of computers on the second floor still blocked off.

Johnson said the OPC official found no other bed bugs in the immediate area and labeled the bugs found there as “drop-off” bugs, meaning they had probably been brought there from another location on a person’s backpack or clothing, as opposed to from a colony or infestation within the library.

This week, OPC will be treating the area in the library were the three bed bugs were found, which is located on the first floor along the wall next to the Rose Street entrance. OPC also will focus on study spots and other areas where people congregate.

Since it is a public terminal, library staff have closed the public terminals on the second floor as well, where Vien was completing work on Friday, Johnson said. The areas will reopen after appropriate treatment and further inspection shows no live bugs are present.

“We’re not planning on using a heat treatment in the library because we just had a sighting instead of the need to do a heat treatment,” OPC President Donnie Blake said. A heat treatment was used on Friday to eradicate the bed bugs found in the Student Center.

“Anytime you have a public building you have the opportunity for introduction,” Blake said. “The key is if you get an introduction or sighting, you immediately do an investigation.”

Blake said bed bugs have been a common occurrence in recent years. Prior to 2003, Blake only remembers treating one bed bug case. Now, he says he and his crew are dealing with hundreds of new cases.

“Unfortunately bed bugs have become a certain product of the social realm today, and this is a common occurrence in public buildings,” Blake said. “It’s a matter of how you handle it and … I’ve never seen a group of folks that are so diligent in trying to make sure everything is taken care of than the folks down at UK.”

Some students in the library on Wednesday expressed concern about the bed bug sighting there.

“I don’t live on campus so it’s not mandatory for me to come to the library,” business management transfer Ricky Hall said. “The idea they’re around is very concerning.”

Others didn’t seem too concerned.

“I didn’t know about it when I came in today,” said Alessandra Wayne, a family science senior. “It makes me feel weird, but I have to get my work done.”

Blake said that while people are nervous about the breakout of bed bugs on campus, UK shouldn’t be viewed as a university with a hygiene issue.

“There are no preventative tools for bed bugs,” he said, adding that the success rate for getting rid of them is in the upper 90th percentile. “It has nothing to do with housekeeping … it’s all about awareness.”

Blake said bed bug cases have nothing to do with how clean a person or facility is because the bugs are attracted to humans, which they feed off of for their “blood meals.”

He has been working closely with one of the top bed bug experts in the country, Michael Potter, an entomology professor at UK, to eradicate the pests. Blake said he hopes he and Potter can create awareness in the community about this issue that has grown massively in the past seven years.

A heat treatment was used in the Student Center, which raises the temperature of the area to 135 degrees. According to OPC employee Justin Sells, this kill the bugs, and people can return to the area when it cools down, after about two hours. Blake said, however, that a lot of the times, the area will remain closed for further inspection.

The areas in the Student Center and Young Library will be reopened “after treatment and further inspection shows no live bugs are present,” Johnson said.

Bed bugs have not been found anywhere else on campus at this time.

Johnson said after last week’s incidents and realizing every location on campus could be at risk, UK has recognized a need to extend its contract with OPC. What was initially a contract through housing will now be extended to include all of campus. UK and OPC are currently in negotiations.

—When buying used clothing at a yard sale or other places, launder clothing before wearing or bringing it home.

—Be very, very careful about used furniture. You should know the source. Inspect it for bed bugs and dark spots, which can be leftover feces, and indicate their presence.

—When traveling, make sure you inspect your mattress and box springs. Never throw your suitcase on the bed upon arrival at a hotel or motel. Always place it on the suitcase carrier.

—Notify landlords or appropriate officials immediately when a bed bug is found.