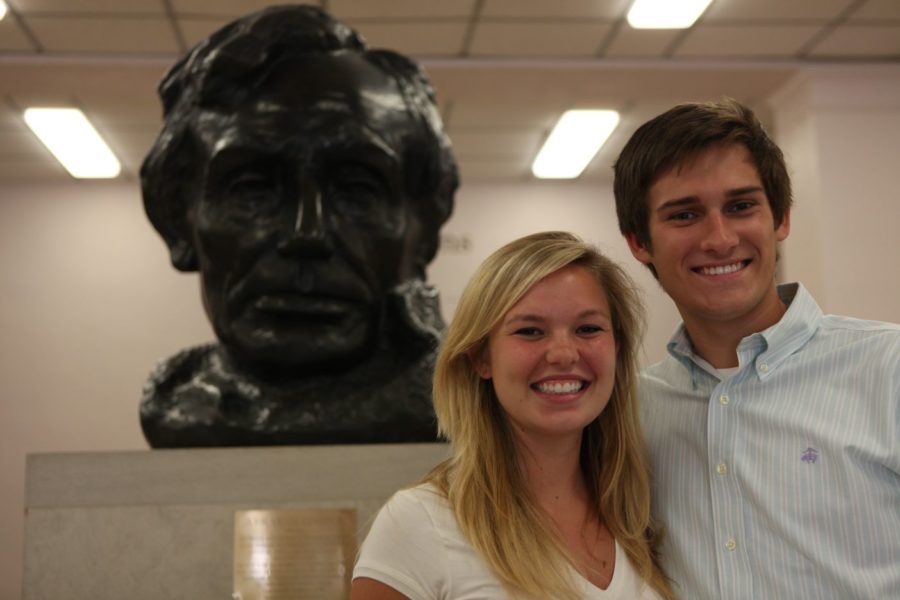 For Henry Clay, the way to change the world was to become a leader of the Whig Party. For UK’s new student government leaders, the way lies in WIG.

The Wildcat Interest Group, or WIG, was created this summer by Student Government President Micah Fielden and Vice President Nikki Hurt, who traveled last month to Frankfort to visit with the secretary of state and the governor’s executive assistant.

WIG’s goals are to form relationships with lawmakers, to mobilize students across the state to promote a “pro-higher education outlook” in Frankfort and to provide students with government internship opportunities, including ones in Washington, D.C., Fielden said.

“From local to state and national levels, we must be representing students and be champions for higher education,” said Fielden, who, as SG president, also serves on the UK Board of Trustees.

One goal for the lobbying efforts is to bolster support for the Governor’s Scholars Program, which both Fielden and Hurt attended as Lexington high school students, as well as for the Governor’s School for the Arts.“Funding for GSP/GSA is essential as it helps keep some of our best students in the state,” Fielden said. “By providing competitive scholarships, students that could easily go to other colleges in the nation will stay in Kentucky. This helps raise the academic standards within the state.”

Doane said he is working on a “Wildcats in Washington” program to help students find internships and housing.

“Wildcats in Washington will make the entire process a little less overwhelming and hopefully establish our fellow students in D.C. to become great ambassadors for our state and university,” Doane said.

Successful internships are ways that “students can directly show their support for community engagement and work toward their career goals at the same time,” Hurt said.

Students can get involved this fall by applying on the Student Government website (www.uksga.org), and they will be encouraged to contact elected officials with letter drives and phone calls, Fielden said.

He said that just eight letters written to legislators about the same issue will make them feel that there is a problem that needs to be solved. He said to imagine what 150,000 letters could do.

“The long-term goal is to use the Board of Student Body Presidents to help spread ‘WIG’ programs throughout all institutions of higher learning in the state,” Fielden said, referring to a group of student government presidents at Kentucky colleges.“In this way we can mobilize our peers, the 100,000-plus people in higher education in the commonwealth that need to be politically active and engaged.”