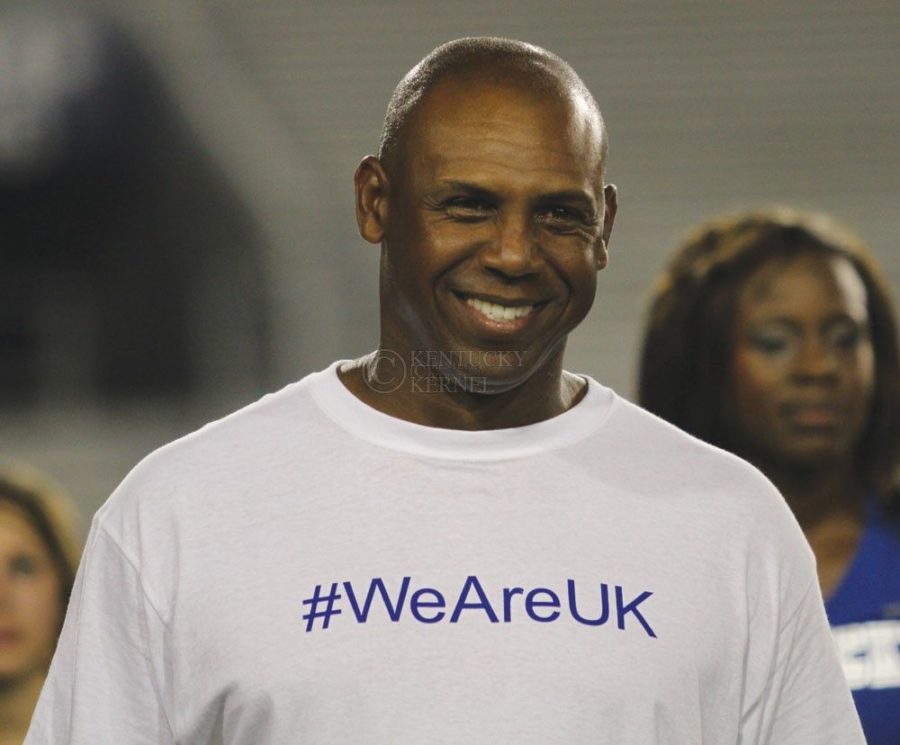 He now has one full season under his belt.

In that season, he helped lead the Cats to a bowl-eligible record.

Despite losing in the BBVA Compass Bowl, Phillips began the season with the best start of any Kentucky coach since Bear Bryant in 1946.

Although it was his first season at the helm, fans around the Commonwealth have still made their opinions heard, be it on radio call-in shows, blogs and comment sections.

For the UK program, one of the more important aspects that needed to work to please the fan base was the recruiting.

Joker and his staff helped push UK in the right direction as they pieced together one of the best recruiting classes that the Cats have ever had in his first season.

According to Scout.com, the Wildcats recruiting class ranked 30th in the nation, two spots ahead of Louisville and first year head coach Charlie Strong.

“Joker’s now trying to take that next step and make us into an SEC contender year in and year out,” former UK quarterback and current student assistant coach Andre Woodson said. “He’s doing a great job with these kids they’re bringing in and has a great staff who understands the importance of bringing in great players and understands the importance of schemes, systems and really what’s going on right now has been great. “

One of the coaches that helped haul in those recruits was passing game coordinator and wide receivers coach, Tee Martin.

In honoring his commitment to the players he recruited and Phillips, Martin chose to stay with the Cats rather than taking the position as wide receivers coach with Alabama.

“It’s a great environment and we’re definitely getting ourselves in the right direction,” Woodson said.

Martin has been instrumental in helping Joker further the program in another aspect as well, that being helping the team “RISE.”

It is the new motto for the team, placing emphasis on becoming a whole other type of football program more commonly found among those in the SEC.

New uniforms, scoreboards, music, videos and attitude, not only for the players, but more importantly for the fans who have been included in some of the selections via email surveys from UK.

Following Tuesday’s practice, Woodson spoke on some of the differences that he sees from his time playing under Rich Brooks, to how Joker is handling the task of improving the program.

“Joker has been doing a good job of just continuing to develop this program and turn the corner,” he said. “Coach Brooks did a good job of bringing in kids and understanding that sooner or later they would develop into big players and help us get over that hump.”

Phillips wants his players is to “play fast,” something that is necessary in SEC play. For the Cats, that could be sooner rather than later with the success that Joker and his staff have had in “taking that next step.”