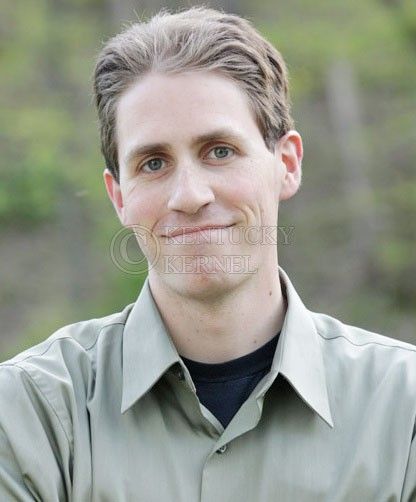 Did you read our new President’s email about negative bias and prejudice last week? In case you didn’t, President Eli Capilouto’s campus-wide email promised to create a Bias Incident Response Team to combat the “unwelcome presence” of any beliefs out of sync with UK’s promotion of diversity.

My guess is, you either thought this guy was being proactive about dispatching hate speech, or you thought Big Brother just got sworn in. (Third option, you glanced at the email’s title, yawned and went back to studying.)

In the email, Capilouto fretted about a flyer anonymously posted to the Center for Academic Resources and Enrichment Services purportedly containing “hate speech.”

Once our new president pledged to help fight “negative bias,” the erudite Kernel staff got busy and issued their echo of approval, condemning hate and promoting diversity and openness (you’ve got to love a paper that will take a stand on tough issues like this).

Can we take a quick poll here? By show of hands, who here approves of hate speech?

Really, no one? Shocking.

Okay, how about this: Can anyone define what hate speech is other than “speech that is hateful?”

Everyone? Okay, you can put your hands down, you look dorky.

We all have different opinions about what hate speech is. We run into big problems when we decide to restrict it.

Who defines what hate speech to restrict? What may be devoutly sacred to a Muslim (“Allahu Akbar”) might be considered “hate speech” to a returning military veteran.

Chris Rock’s “Can A Ni**a Get a Table Dance” might just be bar music to one person and highly prejudicial to another. An atheist may draw as much offense from a Christian praising God as a Christian from an atheist taking God’s name in vain.

The same right to free speech protects the Occupy Wall Street protesters who want to behead rich people, the men in suits who shout “get a job!” at them and even the UK Athletics department promising a better football season.

Don’t get me wrong. There’s nothing I’d like more than to punch out the attention-seekers of Fred Phelps’s “God Hates F*gs” church. It’s just … they have the right of freedom of speech, too.

People actually have a right to be, in the words of Capilouto, “antithetical to the values of diversity and inclusiveness,” i.e. jerks, as long as they don’t cause actual harm to someone (that whole fire/crowded theater gig).

In fact, shutting down opinions we don’t like actually makes us the ones antithetical to diversity and inclusiveness.

Free speech isn’t always safe or pleasant or comfortable, but it is equitable. Making exceptions to freedom of speech for any reason is a hard bell to un-ring.

I couldn’t find the details on what exactly this hateful flyer said, but I find it hard to believe this campus is really so threatened by a jerk with a Sharpie and notepad that we have to create an entire squad to issue protocols of niceness and beat back the rampant forces of “negative bias.” (Admittedly, this would be a great way to get back at annoying roommates or exes.)

We as UK students can put on our big boy pants and bravely confront the vile hoards of “negative bias” without a diversity squad. And, as we do so, let us remember the words of the great Edmund Burke: “The only thing necessary for evil to triumph is for good men to spout clichés.”