Anger has leveled up into ‘Rage’ 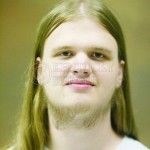 “Rage” begins like a lot of games do these days: a post-apocalyptic wasteland where the player is a super human that can change the world. The land of “Rage” is a desert, without much else except a few settlements and bandit camps dotting the landscape, while an oppressive militaristic group is trying to take control of it all.

One could mistake “Rage” for an open world game, but that couldn’t be further from the truth. The reality is that “Rage” is a pretty standard linear shooter under the guise of an open world. Sure, there is a world to explore, but there’s nothing much out there. It’s just a means to an end to get to the next level, where the real action begins.

In terms of real action, id Software delivers in spades, with maze-like environments to navigate and secret passages to find. The only problem is the levels never go beyond being linear exercises in reaching the end. This is usually never a problem, unless you really hate linearity. The only problem happens when the player is sent back to an area previously explored. The level design isn’t changed and it becomes kind of dull having to see the same environment again.

Thankfully id Software nails the gun play perfectly. Every gun handles extremely well and is meticulously detailed. The best thing designers have done though is add different ammo varieties to each weapon. You want to turn the pistol into a machine gun? No problem.

Shooting isn’t the only thing you’ll be doing on the wasteland though. “Rage” adds vehicle racing in true “Mad Max” style. The player can enter these races to win racing certificates which are used to buy new vehicle parts that make races easier and exploring the wastelands much safer.

Another activity an aspiricing wastelander can participate in is a wonderfully realized trading card game. The trading card game is by far the best with the player finding the cards lying around the wasteland. The player can then take these cards and compete in a “Magic: The Gathering” style match with the resident card player in each town.

There is a rudimentary crafting system that players can take advantage of as well. There are random parts scattered around the wasteland and available from vendors that, when combined, form various tools like sentry spider-bots or the amazing wingsticks that can decapitate most enemies in one hit.

Of course, the number one reason people have been looking forward to this game is the visuals. The visuals and animations are fantastic. The only problem is that the textures look a bit muddy if examined closely, but farther away they are a visual feast.

Overall, “Rage” is a great return for id Software. It’s different enough from their previous efforts while retaining a lot of the old school charm that made them so popular in the first place. Some people may be disappointed its lack of real evolution or its not as great as expected visuals, but look beyond that there is a great game waiting to be had.

Zach Walton is the weekly gaming column writer for The Kentucky Kernel. Email him at [email protected]