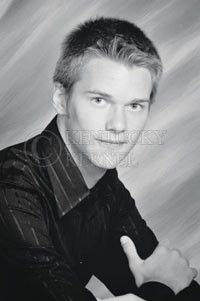 In a 1200 B.C. Greece riddled with fear and doubt in the Olympian Gods, the brutal King Hyperion (Mickey Rourke) and his faceless Heraklion army threaten to destroy and enslave all.

In his search for the powerful Epirus Bow, King Hyperion will leave neither peasant nor priest alive in his merciless campaign.

After being met with only silence after a long life of faith, Hyperion seeks to use the bow to unleash the imprisoned Titans upon the Gods of Olympus. With the heavens in an all out war between Gods and Titans, Hyperion will become the dominant force in the world. However, a small village of peasants he destroyed may come back to haunt him.

After witnessing his mother being butchered in front of him, the young warrior Theseus (Henry Cavill) has vowed revenge.  Having been unknowingly guided since a child by Zeus disguised as an old man (John Hurt), Theseus is one of the greatest warriors in all of Greece.

When his journey leads him to the Athenian oracle Phaedra (Freida Pinto), he learns through her visions that he is the key to stopping the Heraklion war machine and saving mankind.

This film had great potential with its intriguing premise. The eye-popping art production of Mark Canton (“300,” “The Spiderwick Chronicles”) was easily the film’s greatest feature.

As far as acting is concerned, the cast held its own, but didn’t exactly blow me away either. The only role that really stuck out for me was that of the non-disguised Zeus played by Luke Evans (“Clash of the Titans,”  “The Three Musketeers”).

Another one of “Immortals” strengths was the costume design. It depicted a lot of key figures in Greek mythology in a way not yet seen in pop culture.

The character development in this film was also excellent. Theseus in particular really grew into an interesting role by the end of the film.

In fact, I enjoyed every single part of this movie except the plot.

It was so fragmented and hard to follow that it was nearly impossible to identify with the protagonist’s motives. It was difficult to really know who was fighting for what. When the credits finally rolled I was left with a “Wait, that’s it?” feeling.

I would only recommend this film if you are a Greek Mythology buff or really into costume design. But the average moviegoer will probably end up wanting their seven bucks back.