Pardon the Interlude: An alternative Christmas 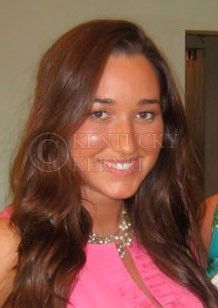 So this is it. Pardon’s last column of the semester. Gone by fast, eh?

My editor suggested I write about Christmas music.

But, since I’m half-Jewish and I know there are many other boys and girls out there who spin the dradle, kick it during Kwanza, or hell, might even be atheist (pun intended), I’ve decided to ditch the holiday jib-jab and talk about a classic band instead.

A band that’s my favorite band of all time. A band that’s unlike any other, that regardless of denomination, you’re bound to worship.

What’s not to like about Jerry Garcia and the boys? They single-handedly paved the long, winding road of never-ending creativity for bands like Phish, Widespread Panic and other improvisational jam bands today. Nothing was set in stone with the Dead. They did what they wanted and played how they felt.

Their 20-minute jams would ignite from a lone riff Jerry strummed, or a drum beat Rob “Pigpen” McKernan would play around with, and then effortlessly drift into this whimsically constructed whirlwind of badass sound.

Garcia’s humble voice had so much emotion, so much power. Everything that followed musically, beautifully fell into place with such ease and grace.

There is nothing but pure happiness seeping out of Jerry’s guitar, whether it’s the sunburst Stratocaster with Brazillion rosewood fingerboard or the simple black Gibson he burns up. It’s in their music that you find the celebration of life.

As we part ways over these next few bitter weeks, enjoy your time at home. Relax and take in the snow. Build a snowman! And if you’re really lost, just listen to the Dead.

“If you get confused, just listen to the music play.” – Franklin’s Tower, The Grateful Dead