Anthony Davis picking up Player of the Year momentum 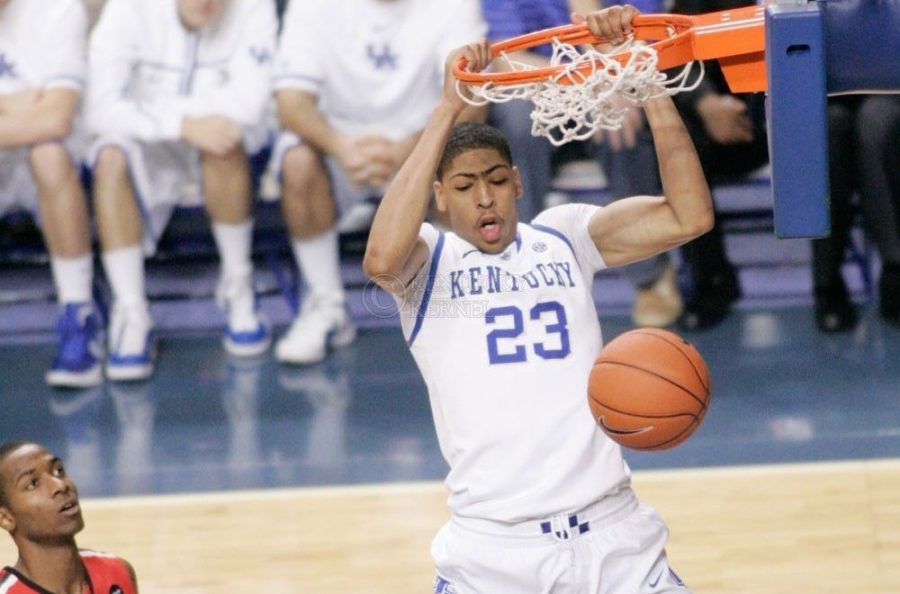 Anthony Davis is making a push to be Player of the Year.

Davis is averaging 15.7 points and 8.9 rebounds per game in conference play, both of which rank inside the top five in the SEC. He’s become the most dominant defensive player in the nation, blocking 4.9 shots per game.

ESPN’s Andy Katz and SI.com’s both wrote Monday that Davis has emerged as their Player of the Year front-runner.

“I would be surprised if there was anybody out there that was any better,” Stallings said. “I can’t profess to say that I study all the top players around the country and who even would be the best candidates for player of the year or any of those things, but I have a hard time believe that there’s anybody that’s having any more of an impact on the success of their team than Anthony Davis is.”

Davis’ biggest competitor is Kansas’ Thomas Robinson, who is averaging 18.1 points and 12.1 rebounds per game for the season.

The freshman forward pretty much has Defensive Player of the Year and Freshman of the Year locked up. But I said it when UK’s poster of Davis touted him only for the defensive honor — they should have thought bigger.

Because he might complete the sweep if he sustains his current level of production.