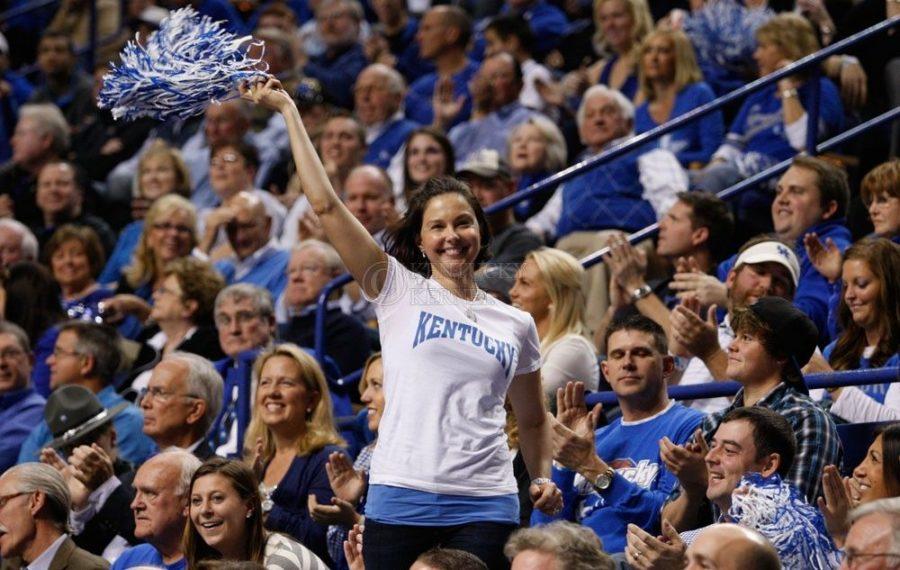 Ashley Judd attended the game between UK and the University of North Carolina at Rupp Arena in Lexington, Ky., on Saturday, Dec. 3, 2011. Photo by Latara Appleby

From courtside to primetime, the School of Journalism and Telecommunications is hosting a sneak preview screening of the new ABC series “Missing,” starring UK alumna Ashley Judd.

Free and open to the public, the screening will be 5:30 p.m. on Tuesday in the Worsham Theatre.

“The screening has been arranged at UK since it’s her alma mater,” Jonathan Hogan, ABC Television Network Media Relations, said in an email to the Kernel. “And she attends basketball games there.”

The series surrounds Becca Winstone and her son Michael, who struggle to rebuild their lives after Becca’s husband Agent Paul Winstone is murdered. Now, 10 years later, Michael goes missing and Becca races to find him.

The series, which was filmed on location in Europe, premiers Thursday, March 15 at 8 p.m.

“I can’t speak for the university, but this is the first TV show preview the School of Journalism and Telecommunications has hosted,” said Beth Barnes, the school’s

director, in an email to the Kernel.

One of the most notable alumna outside the realm of sports, Ashley Judd attended UK from 1986 to 1990 and was a sister of Kappa Kappa Gamma sorority. She left in 1990 one course shy of graduation to pursue an acting career, but finished the work 17 years later and received a bachelor’s degree in French.

She famously posed for the 1998-1999 UK hockey program poster and is known to be an avid fan of the men’s basketball team.

“I’m going to the screening because not only is Ashley Judd a well-respected actress, but she’s a UK fan and she’s from here,” said Trip Doug Dalton III, a business marketing senior.

ABC also sent a unique logo item to be given to everyone at the screening.

For more information on “Missing,” including trailers and extras, visit ABC.com/Missing.