No. 12 Kentucky gymnastics comes up short against No. 2 Florida 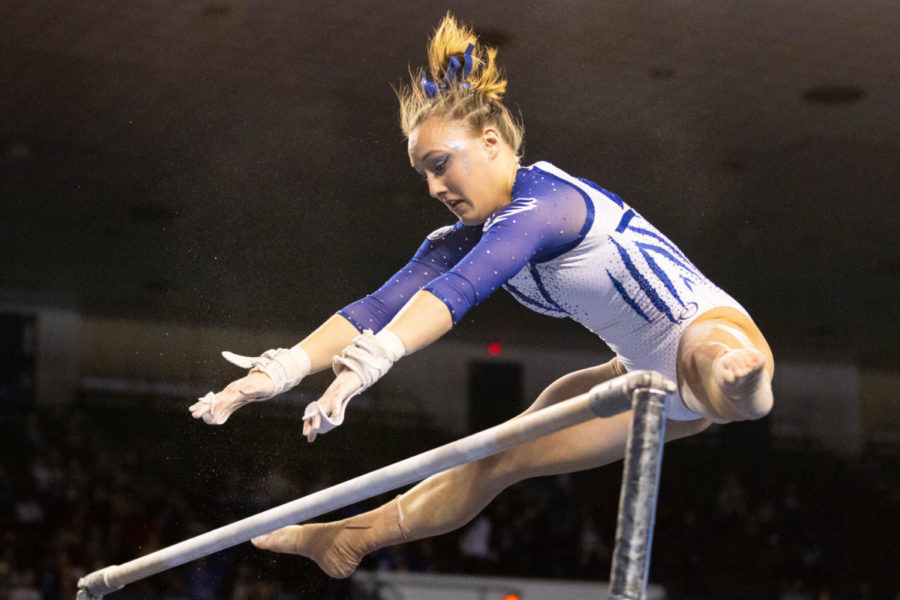 Despite the loss, Kentucky set eight season-high scores in the effort, posting its third score above 197 this season.

The Wildcats started the night hot, posting a score of 49.450 on the vaults, with every Wildcat scoring a 9.80 or better.

UK senior Arianna Patterson led the Cats, scoring 9.95 on both attempts to take the vault title, though freshman Jillian Procasky followed close behind with an average of 9.90.

Despite the impressive showing on vaults, Florida still managed to put up a better score, posting a 49.525 with all Gators but one recording an average score of 9.90 or better.

Juniors Raena Worley and Shealyn Luksik co-led the bars for Kentucky, notching averages of 9.925, with Luksik in particular logging a new career high.

On the beams, Florida once again bested Kentucky on the box score, though the Cats likely left the competition pleased after two athletes recorded new season-highs.

Sophomore Carissa Clay posted a 9.725, while Patterson posted a 9.850, both the highest scores of the season for the respective athletes.

Despite the new records from her teammates, Worley still led Kentucky on the beam, posting a 9.875.

UK finished the competition on the floor, beating the Gators by .025, though this would not be enough to win overall.

Worley once again led Kentucky in the category, finishing with an average score of 9.95, with sophomore Hailey Davis following behind with 9.925.

Kentucky finished the night recording five scores of 9.8 or higher in three out of four events in the match-up against Florida, though UK still came up short in the end.

The Cats return to action looking to bounce back this Friday, Feb. 25, on the road against No. 6 Auburn. The competition is set to kick-off at 7:30 p.m. EST from Auburn Arena.