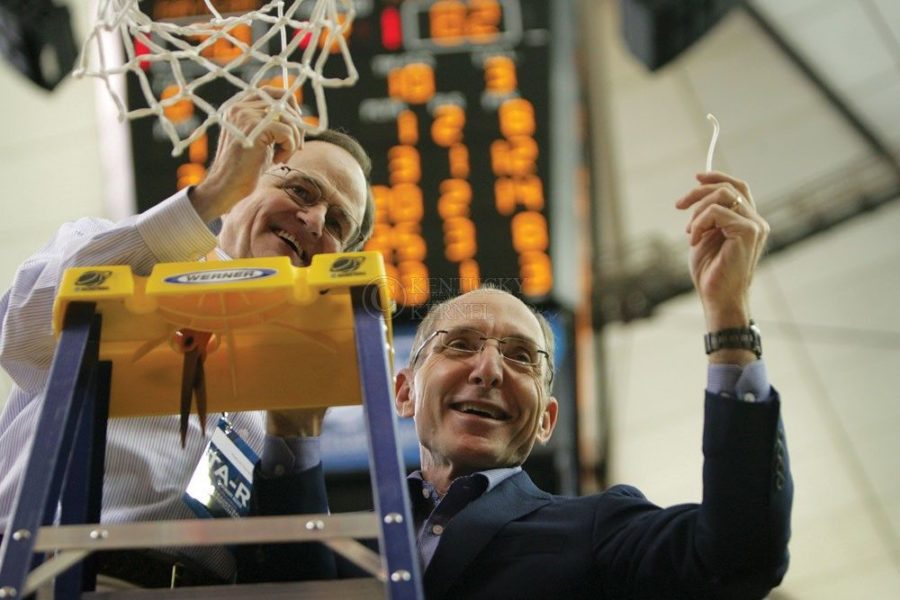 Former President Lee Todd helped cut down the net in Atlanta after the Cats beat Baylor to advance to the Final Four.

President Eli Capilouto saw Todd, who had tickets to the game, and invited him up to cut down the net, UK spokesman Jay Blanton said.

Capilouto thought Todd “should share in the success he helped create,” Blanton said.