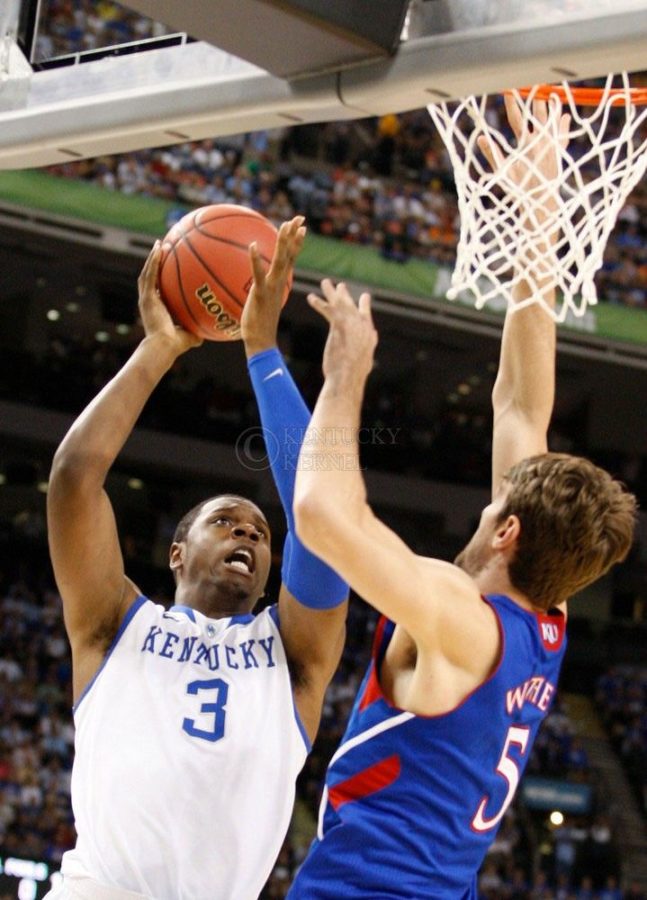 Key players: National Player of the Year Anthony Davis did not score until making a free throw with 15:30 left in the game, but he had a huge impact in the game. He finished the game with 16 rebounds, 6 blocks and 5 assists (and 6 points). Doron Lamb led the team with 22 points, hitting 3-for-6 from behind the arc.

Turning point/key stretch: The Cats struggled to start the second half, hitting just three of its first 14 field goals and turning to ball over six times in the first nine minutes. The Cat lead, which was once 18, had been trimmed to 10. Doron Lamb drained two 3-pointers in a 37 second period of time to extend the UK lead back to 16. The Cats needed every bit of that lead as the Jayhawks made a furious late-game run to eventually cut the lead down to five with 1:37 left in the game.

The good: The Cats held Kansas to 37.1 percent shooting for game, hitting 23-for-62 from the field.

The bad:  Davis struggled from the field, shooting 1-for-10 and scoring just 6 points for the game.

What’s next: The Cats will hang championship banner No. 8 in Rupp Arena. Players will make NBA decisions over the coming weeks and Calipari will look to reload the roster and make a run at a repeat championship next year.

For full coverage from New Orleans and the celebration in Lexington check back later at the Kentucky Kernel.