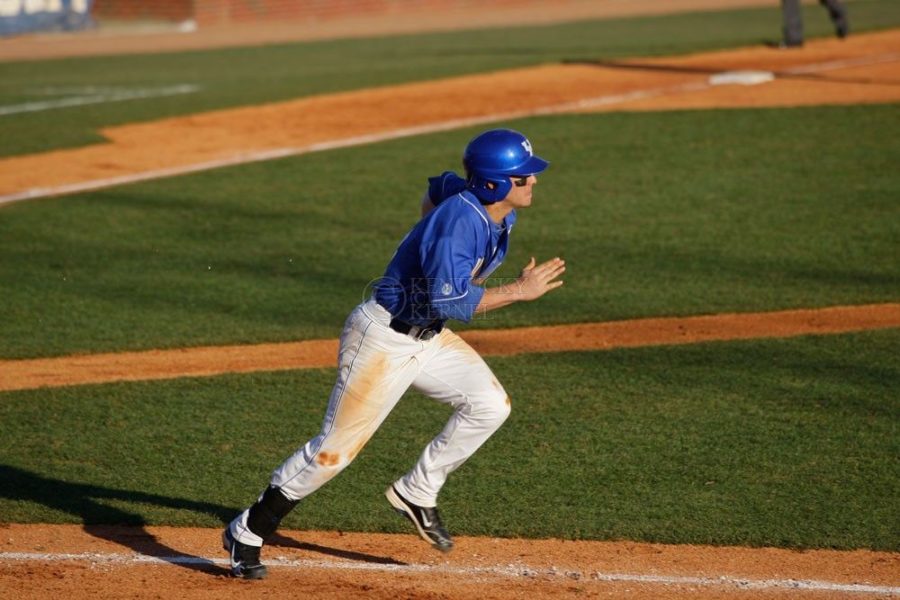 The UK baseball team lost 7-3 to Murray State Tuesday night in their last non-conference game of the season.

After Murray got out to a 2-0 lead, a home run by junior Luke Maile, his team-leading twelfth of the year, tied the game after four innings.

Still tied in the eighth, the Racers got a bases loaded double to break the game open. UK freshman A.J. Reed was tabbed with the loss.

However, the Cats (41-12, 18-9 SEC) focus truly lies on this weekend’s final SEC series with Mississippi St. Entering the weekend tied for first place in the conference standings with LSU and USC, UK needs to take at least two of three to maintain the tiebreaker they hold over both other first place teams.

Game one in Starkville, Miss. is on Thursday. First pitch is scheduled for 7:30 p.m.