Wailers spread the love in performance 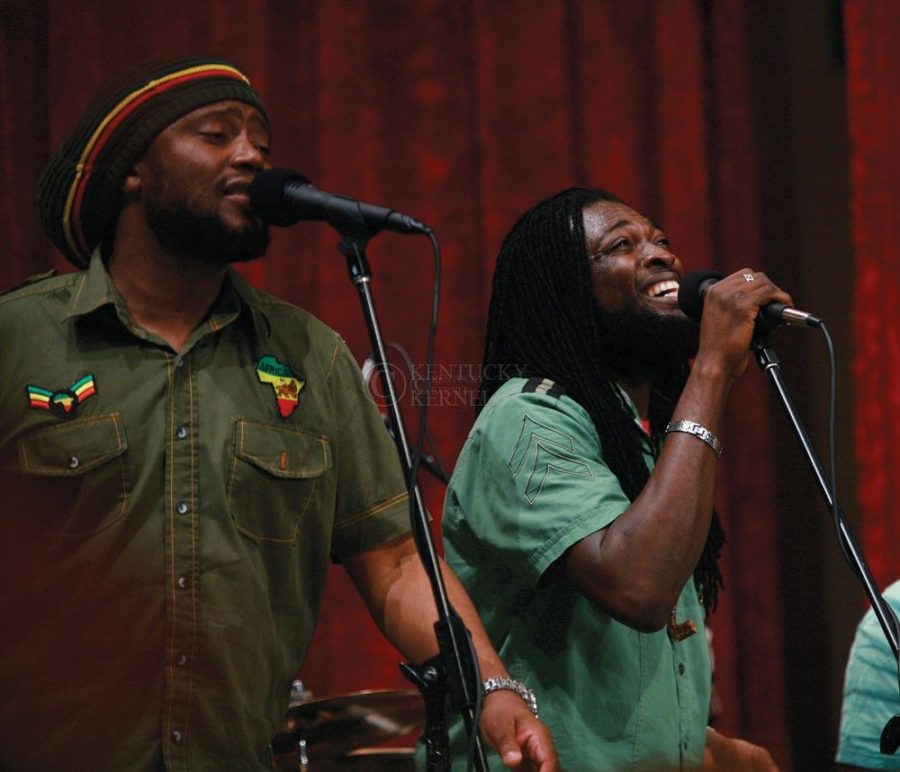 The Wailers were a hit at the Kentucky Theatre where they performed for the Woodsongs Old-Time Radio Show on Monday evening.

“The show was sold out,” said Woodsongs establisher Michael Johnathon.

Audience members including teens and seniors filled almost every seat.

The band is a success, even in the years following the death of reggae legend and original Wailer Bob Marley.

The Wailers have sold more than 250,000 albums worldwide.

Over the years, band members have developed their own pre-performance routines.

“Before each show I always stretch,” said bass player Aston Barrett Jr. “Stretch, meditate and give praises to the creator.”

Applause boomed through the theater as Bob Marley’s band played “Jah Live,” “Three Little Birds” and “I Shot the Sheriff.”

Audience members sang and danced along with each song. The applause was the loudest after the legendary song “One Love.”

“’Tis a great thing when you can do what you love and call it work,” said lead vocalist Duane Stephenson.

The band was all smiles throughout the show.

Spreading messages of positivity and goodwill has been the band’s goal from the beginning.

“We do the music for Jah … for Jah and the people,” said Wailers vocalist Koolant.

Each member of the band is originally from Jamaica.