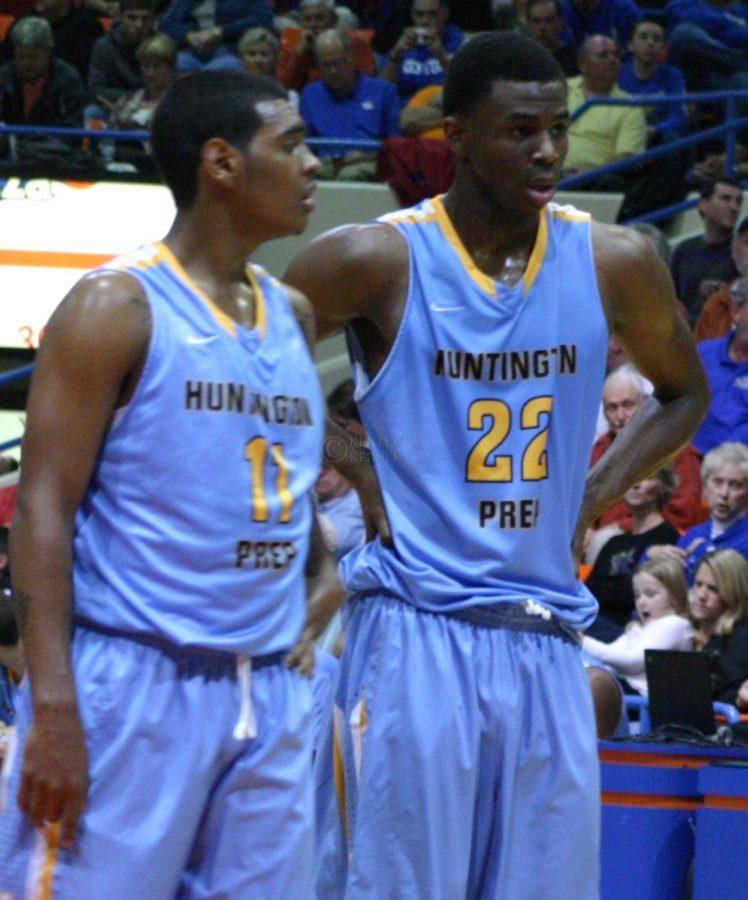 TORONTO — In what was billed as his last high school game on home soil, phenom Andrew Wiggins returned to Canada to play in a game versus United Leadership Academy in Hamilton, Ontario, on Sunday afternoon.

Canadians are enamored with the notion that he is considered the best player of his class, as seen by the standing room-only crowd of thousands occupying the McMaster University gymnasium.

Wiggins didn’t even need to take off his sweats to send the crowd into gasps, as he repeated one of Terrence Ross’ dunks from the previous night’s NBA Slam Dunk Contest.

Each time he touched the ball, a collective gasp could be heard in the gym, anticipating what he was going to do next.

Whether it be a rebound, break-out pass or slam dunk, spectators followed his every move.

He turned in 25 points (10-of-13 shooting), nine rebounds, four assists and two blocks in his performance, with his Huntington Prep team winning, 81-52.

It was quite evident Wiggins wasn’t playing to his full potential. Early on he was dunking, shooting a three and playing well defensively.

As the game wore on, he didn’t have the same excitement, seemingly knowing that ULA wasn’t going to be able to fight back.

When asked postgame, he couldn’t remember the last time he was faced with a superior competitor.

That admission could go hand-in-hand with questions of his intensity and work ethic, emphasized by an article on the Sports Illustrated website earlier in the week.

Wiggins responded the following evening with a 57-point outburst.

More questions surround which school he will attend for his one-and-done college career.

It is believed UK, Kansas and Florida State are the leading candidates to land him.

FSU is favored, given that his teammate and fellow Canadian Xavier Rathan-Mayes has already chosen to attend.

Both of Wiggins’ parents also went to school there.

Under the spotlight, Wiggins remains the same: confident in his abilities and humble. He has a wonderful gift.

Wherever he decides to take his talent, rest assured it will be only a stop gap before moving on to the NBA.

His attributes will ensure Canada will have a basketball superstar to call their own.