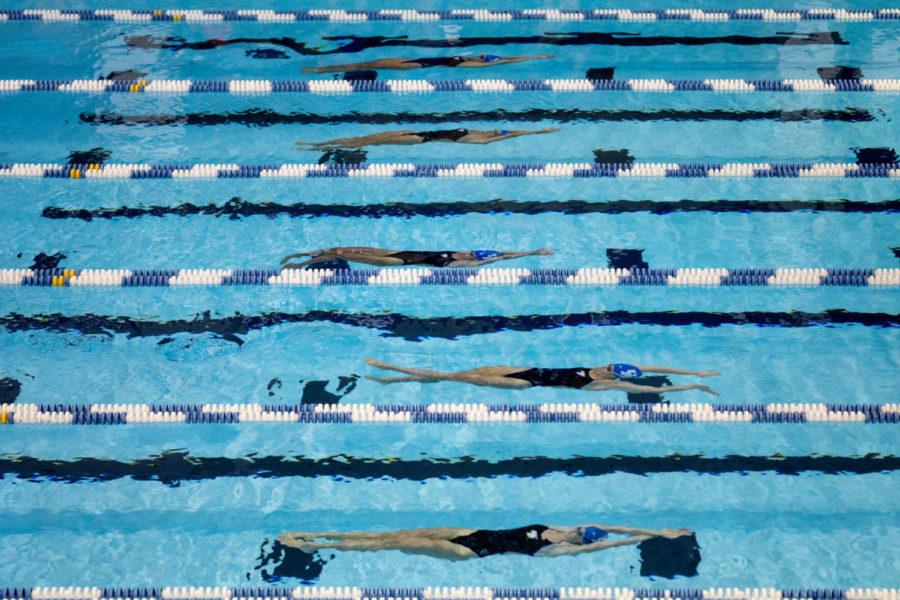 Kentucky swimmers compete in the Blue and White Meet on Friday, Sept. 24, 2021, at the Lancaster Aquatic Center in Lexington, Kentucky. Photo by Jack Weaver | Staff

The Zone C Championships featured Division I schools from the states of Kentucky, Illinois, Indiana, Michigan, and Ohio. The competition featured 100 divers from 22 different universities.

Knight will advance to the NCAA Championships in all three boards for the third time in her career. The senior co-caption finished seventh overall in the 1-meter (564.20) and ninth in the 3-meter (595.90).

UK’s Romero puched his ticket for the first time as a Wildcat, when the junior posted a ninth-overall finish for the men. He finished the day with a 713.15 final score. Following suit, Southall also earned her first NCAA Championships bid with a 10th place finish in the 3-meter (585.15). The junior’s 12th-place finish on the 1-meter also earned a spot on the board next week.

The Cats also saw a strong showing from freshman Abby Devereaux on the boards, placing 19th on the 1-meter (262.10). In the finals, Devereaux placed 17th posting a 418.35 score.

For the UK swimmers, two men and 10 women received invitations to compete in Atlanta with the divers next week.

The women will compete for a national title starting next Wednesday, while the men’s competition will kick off on 23rd the following week. The NCAA Championships will be held at the McAuley Aquatic Center in Atlanta, Georgia.