Softball advances to Super Regionals on a grinding day 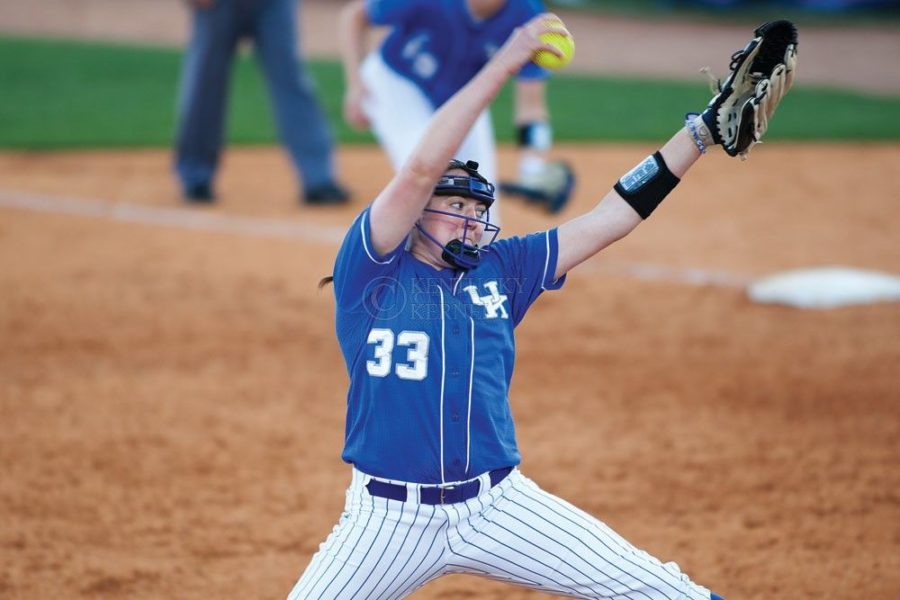 A tale of two games summarized the final day of the Lexington Regional as UK softball rebounded from an extra-inning loss to crush DePaul 10-1 in the decisive game seven.

The victory sends No. 14 UK to a Super Regional showdown on Saturday against No. 3 UCLA in Los Angeles, Ca., and ends the season for the DePaul Blue Demons.

“I think out hitters decided to put the team on their back and go out there and score runs,” UK head coach Rachel Lawson said. “I think the mindset of the team offensively was that we needed to get this done.”

The Cats wasted no time scoring as sophomore Sylver Samuel turned a routine grounder up the middle into an in-the-park-home run in the first inning. The aggressive base running set the tone in UK’s redemption victory over DePaul.

DePaul entered the day one loss away from an early summer and showed that fight in their one run victory over the Cats in game six. The game turned out to be a classic pitcher’s duel between Verdun and UK’s Kelsey Nunley. Both pitchers threw a complete 10 inning game, striking out a combined 20 and giving up only seven hits as DePaul won a thriller 2-1.

“I thought that her power pitches had slowed down a little bit,” Lawson said. “I think that had an impact. Also that was her fifth game in a row.”

Her replacement, senior Hannah Penna fared no better. The Cats used a single and a walk to set up a steal by senior Emily Gaines that resulted in an errant throw to third by DePaul catcher Staci Bonezek. The error scored two more runs, but the inning was not over. A wild pitch by Penna allowed senior Krystal Smith to score from third and gave UK a 10-1 advantage.

Despite three errors, the Cats managed to hold the Blue Demons to one run. Much of that was because of Nunley, who pitched every inning for the Cats during the Lexington Regional. Nunley struck out two and held DePaul to five hits.

The Blue Demons were never able to recover from the early deficit and fell victim to the mercy rule in the fifth inning.