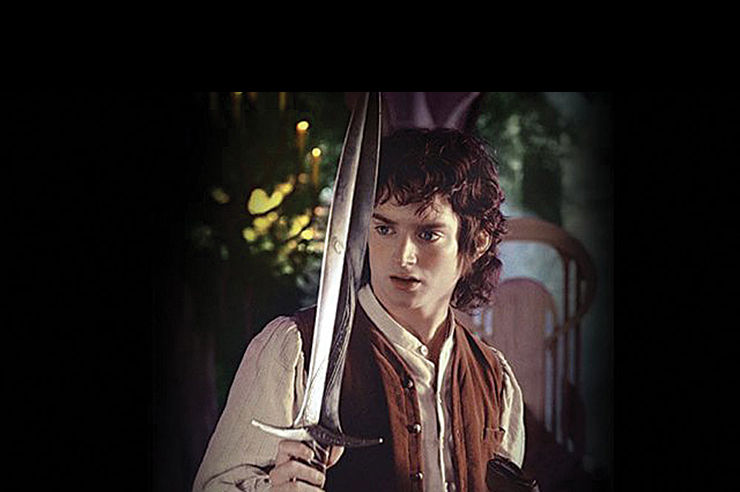 The end of 2014 brings us 15 years into the 2000s, 15 years of great, diverse films and filmmakers. There were gripping period pieces, traditional love stories presented in new and exciting ways and more than a few films that made us question what we traditionally call good cinema.

Perhaps the most mainstream of my 10 choices is Christopher Nolan’s “The Dark Knight.” Lauded for the transformative performance of a lifetime from Heath Ledger, this film’s dark undertones and skewering political rhetoric muddied the traditional good versus bad narrative that all-too-often plagues superhero movies. Pair that with Legder’s shocking turn, which presumably drove him mad, and you’re left with the best superhero movie to ever hit the big screen.

The latest film from the Coen brothers is their best to date. Its honest look at the bleak, harsh folk scene of the early 1960s bleeds onto the screen and forces us to endure its melancholy atmosphere. Despite the unlikable protagonist and a lack of any clear plot, “Llewyn Davis” survives, and then thrives, on its wit, surprising charm and unmatched filmmaking from the duo of directors.

Think of this selection as a representative of the “Lord of the Rings” trilogy as a whole. This was simply my favorite of the three films that changed the way we looked at special effects. And when a film that was released more than a decade ago looks better than anything you see in theaters today, you know you’re witnessing something special.

Sometimes an actor plays a role with such veracity that it elevates the entire film. “The Pianist” is one of those occasions. Roman Polanski’s WWII drama about a famed Polish pianist fleeing Nazi pursuit in Warsaw is a harrowing story on its own. But the film’s themes of sacrifice and resolution are hammered home by Adrien Brody’s career-defining performance.

Acclaimed screenwriter Charlie Kaufman (who you’ll be reading more about Thursday) won his first and only Oscar for the screenplay of “Eternal Sunshine of the Spotless Mind.” At times it’s a quirky romantic comedy. At other times it’s a quirkier romantic drama. But it continues to scrutinize relationships throughout and delves into the intricacies and the nuts and bolts of how we perceive love in the most emotionally-wrecking way possible. And like most of Kaufman’s work, multiple viewings are advised and encouraged.

2013 was the best year that the 2000s produced, from “12 Years a Slave” to “Her” to “Dallas Buyers Club,” it had the widest range of great films. But one separated itself from the pack, and that was Alfonso Cuaron’s “Gravity.” Detractors of the film claim the story is too simplistic. But they miss the boat. This small but exceptional story is told through the lens of the greatest technical achievement in the history of cinema. Cuaron made a perfect film, and there’s something to be said about that.

Steve McQueen caught well-deserved praise last year for “12 Years a Slave,” but in 2011 he helmed this brooding drama about a man’s battle with sex addiction. I’m a sucker for extended shots, and McQueen’s films are littered with them. In this instance, we’re plopped in the corner of the protagonist’s (Michael Fassbender, who’s never been better) New York City flat to agonize with him through one-, two-, three-minute-long shots that allow Fassbender to exhibit subtle intricacies of his character’s dark past.

If you’re fortunate enough to have the great Daniel Day-Lewis grace your movie set, you’d better surround him with the best script, cinematography and music that you can muster. And Paul Thomas Anderson knocked this damning character study of a money-hungry, turn-of-the-century oil man out of the park. Its eerie, haunting score stalks Day-Lewis’ Daniel Plainview as he moves from town to town, intent on building an indomitable empire.

Not many people are familiar with the work of Terrence Malick. Even the ones who are can’t say they’re completely familiar with it. He doesn’t make films in the traditional sense; he attempts to provoke questions rather than answer them. They’re your questions, why should he answer them? In this long-awaited venture he takes on a wide scope, showing us the vastness of the universe, while showing us how little our part in it is. There are few films that will affect you like this one does.

This delightfully tangled web of deranged brilliance is Charlie Kaufman’s crowning achievement. “Synecdoche” tells the story of a theater director who wants to do something big. He wants to do a play about a life. What hatches is a film about everything; the stress of parenthood, the anxieties of love and passion, the recognition of your transience. As it progresses, you begin to identify small pieces of your life experience within the film. They’re so abundant that you’ll have to revisit it again and again. As you change as a person the film will change with you, and you’ll identify with it more and more. Above all it’s a film that I can’t get tired of, no matter how many times I watch it, which is the greatest compliment I can give.

Kyle Arensdorf is the opinions editor of the Kentucky Kernel.