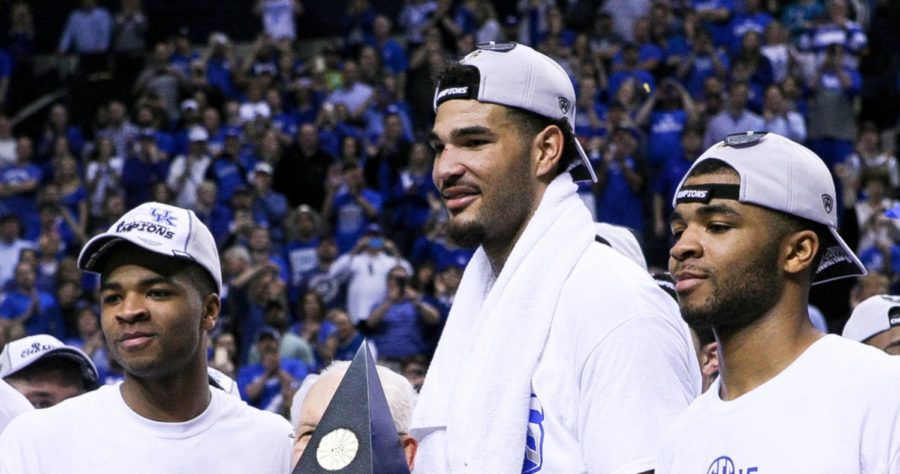 during the second half of the Championship game of the SEC tournament against Arkansas in Nashville , Tenn., on Sunday, March 15, 2015. Photo by Jonathan Krueger

It took three victories in as many days, but the Cats took the SEC Tournament title from Arkansas, 78-63, Sunday in front of a crowd of 20,315.

SEC Player of the Year Bobby Portis led the way for the Razorbacks with a team-high 13 points, but it wasn’t enough to hold off a UK team that shifted into another gear for the final match-up of the tournament.