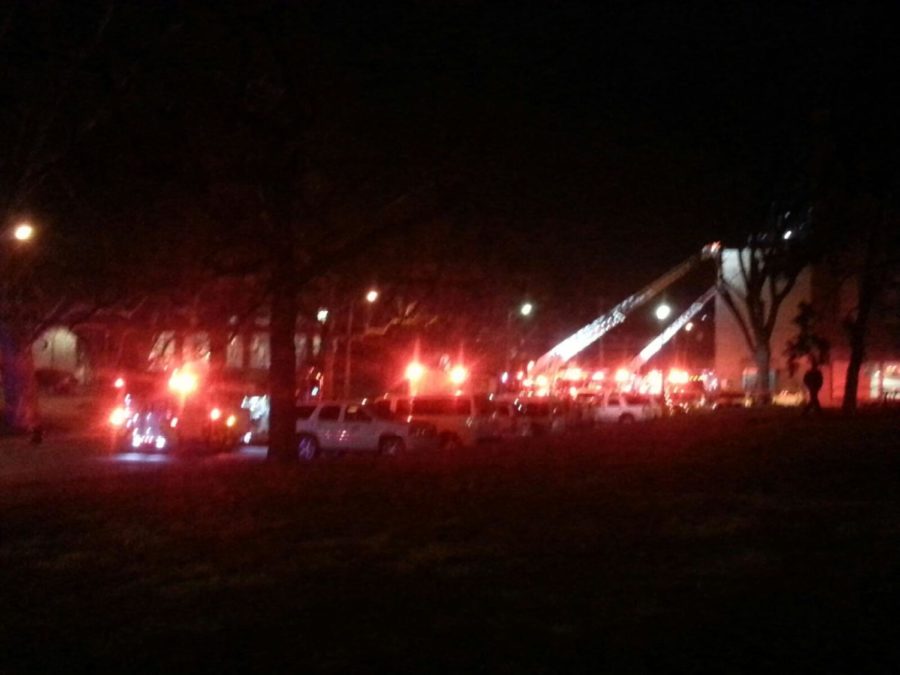 A malfunction to a boiler in UK’s boiler plant caused a fire to occur on Friday night. The Lexington Fire Department was called to the incident at around 8:50 p.m. and eventually extinguished the flames inside.

According to UK spokesperson Jay Blanton, the fire caused some buildings on campus to lose heat.

Blanton noted that one of the boilers was damaged in the fire.

“We know there was an equipment malfunction, but our facilities team will have to conduct an analysis to determine the impact and what long-term fixes may be necessary,” Blanton wrote.

Lexington Fire Department Battalion Chief Jeff Nantz added that the flames never left the boiler unit and that no one was injured in the incident. By 11 p.m., firefighters were working to clean up the area outside the building while still keeping the boiler at a safe temperature by continuously spraying water on it.

Firefighters were seen walking on the rooftop of the building as they inspected the upper pipes for any residual fire or damage to the lines due to the cold air outside mixed with the heat from rising smoke.

Nantz said there was “no danger at all” to the area after firefighters were able to cool down the boiler, which had degraded after some time due to the flames inside it.