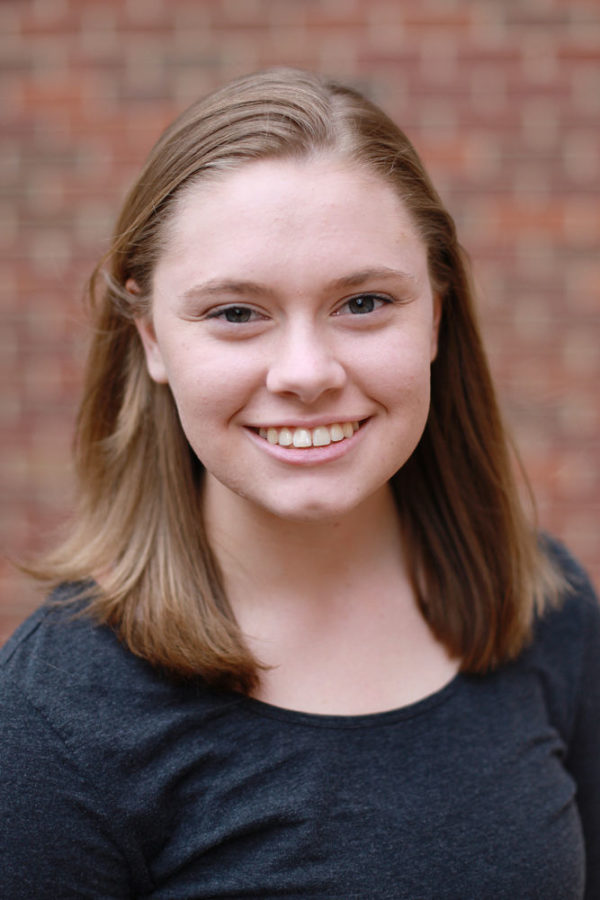 For those of you who never got to know Jonathan Krueger, I’m sorry. You missed out.

Jonathan couldn’t give up once he’d started something. If he set out to be your friend, he wouldn’t stop until you were family.

When I met Jonathan at the Kernel I prayed that this man with no regard for personal boundaries was going to leave me alone. Honestly I was so terrified of working for a real newspaper for the first time that I feared if anyone brought attention to me, they would judge me, find me strange or unintelligent.

But Jonathan didn’t have a judgmental bone in his body. I remember one day when it was pouring rain last fall, Jonathan walked in soaking wet and I laughed thinking, he should have brought an umbrella. But Jonathan did leave his house with an umbrella that day — he’d just given it to a girl he saw on the way who was in only shorts and a T-shirt.

I remember being caught off guard thinking, “Who does stuff like that?”

One morning I’d shown up to work on a Sunday before our editor came to unlock the door, and was stuck out in the snow in a maxi skirt and flats. After five minutes of huddling in a corner Jonathan showed up, said hey, saw that I was shivering and asked if I’d wanted his jacket.

When my dog died, he came to my desk and distracted me with singing and shenanigans. Whenever I saw him in the hall and tried to avoid him, he would spot me and wave and holler and cause a ruckus to get me to smile back and acknowledge that we were friends — despite my countless efforts to ignore him.

Sometimes I had to literally push him away: he sat on me at the Christmas party, he would throw the Frisbee and volleyball against my desk’s wall, and he would try to correct my pieces by typing over me.

Every time, though, before I went into some kind of uproar, he would just start smiling and laughing and apologizing profusely, checking me to see if I was ok and promising he wouldn’t do it again. Then he would do it again within 20 minutes.

None of his shenanigans ever upset me; they just made me smile and throw mini tizzies — which he ignored — so he would keep getting up from his desk to mess with me.

His house is about a block away from mine and every time he saw me in my running shoes he’d wave and cheer. If I brought junk food to the office, he’d always eat my fries — “part of the support.”

The last night we worked together, he was juggling the volleyball and kicked it at me. Ready for the first time, I received it, passed it back, and then he threw it at our designer who slammed it into the ground and shattered one of the ceiling tiles above my desk. After we stopped laughing, he spent most of the rest of the night putting it back together.

Once every one was allowed to leave, Jonathan continued to work on the website and photos and would double check with our editor to see if she needed anything. When there was nothing left to do, he hopped on his bike then asked me if I needed anything.

I said no, and as he got his bike I said goodbye. If I’d known that was going to be the last time I would see him I wish I would have said thank you.

We lost so much when we lost you, but at times it feels like you’re still here. Every time someone says it’s too hot in the office I hear you saying, “Sorry, I’ll leave,” or whenever someone sets it up, I picture you racing to say, “That’s what she said!”

Despite everything that’s happened, you have stayed in the office. You decorate its walls, you literally put the roof back over my head, you echo in our laughter and your name is written in our family’s book. Thank you Jonathan, for everything.