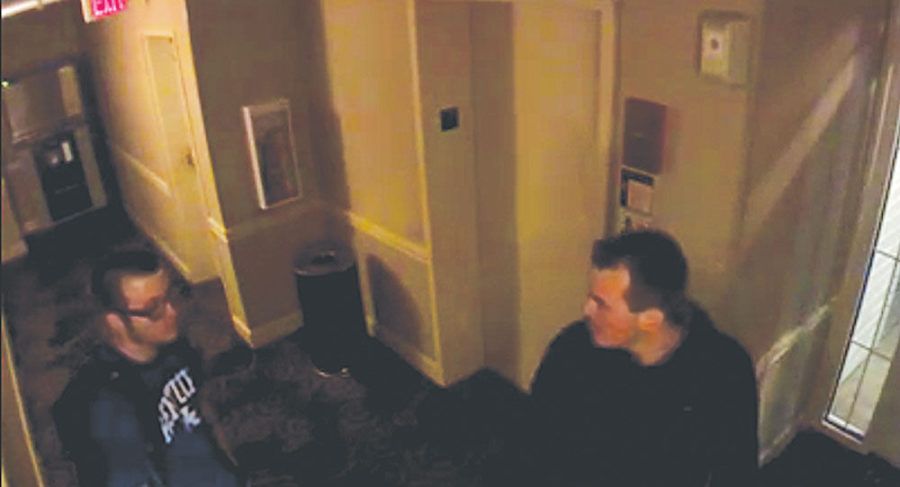 The Lexington Fire Investigation Bureau is looking for a group of individuals who pulled a fire alarm at University Inn Hotel on April 5.

The alarm led to two fire engines, a ladder truck and a district major of the fire department to be dispatched to the location.

Firefighters searched the building for about an hour and then determined that the alarm was “maliciously activated.”

A video shows five people get off of an elevator and head to an exit. Before leaving, a man in the group can be seen intentionally pulling the alarm.

After the alarms start going off, the five people exit the hotel.

The alarm was pulled in the early morning hours after UK’s loss to Wisconsin in the Final Four.