After Florida, Louisville next up for UK 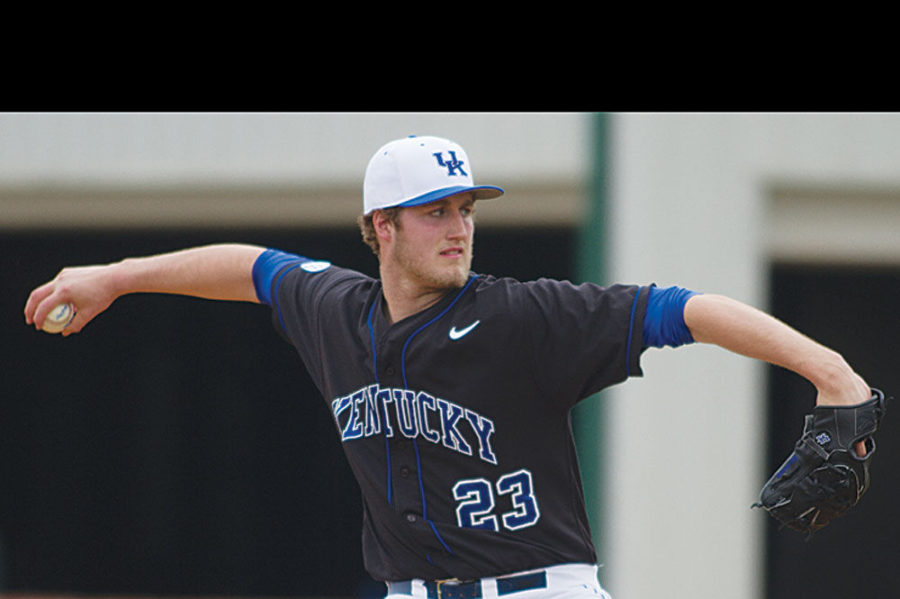 UK baseball (25-17) will have a chance to pick up its third win over a top-five team in a span of a week as it travels to Louisville on Tuesday to face the No. 3-ranked Cardinals.

The game was supposed to be played in Lexington on April 8, but was rained out. Therefore, the game on Tuesday will be a makeup game held in Louisville. The game in Lexington has been pushed back to May 6.

The Cats’ six-game winning streak came to an end on Sunday after a 10-1 loss to No. 5 Florida. UK managed to take two out of three games from the Gators to even its SEC record at 10-10.

Zack Brown and Dustin Beggs once again provided solid starting pitching for UK in the two victories over the weekend. Beggs went at least eight innings for the third straight start on Saturday in UK’s 7-6 win, striking out six and allowing three earned runs.

While Brown and Beggs have been pleasant surprises for UK, previous weekend starter Kyle Cody continues to struggle. Despite a solid outing in a win against Xavier, the righty’s problems reemerged against Florida on Saturday night. Cody replaced Beggs in the ninth inning and allowed two hits, a walk and only recorded one out against the four batters he faced.

Despite Cody’s struggles as of late, he still could get the start against a formidable Louisville squad. The Cardinals are 34-10 on the year with a 19-2 conference record in their first season in the ACC.

Senior shortstop Sutton Whiting leads the Cardinals at the plate with a .351 average. The Louisville Ballard alum has started 167 games in his career with the Cardinals and is having his best season yet at the plate. He leads the team with 61 hits and 10 doubles on the season.

Starting pitchers have not been named for either team, but Sean Leland and Andrew Nelson were the scheduled starters in the game that was postponed. Nelson, however, will not be an option for UK, as he started against Florida on Sunday.

First pitch is set for 6 p.m. at Jim Patterson Stadium.