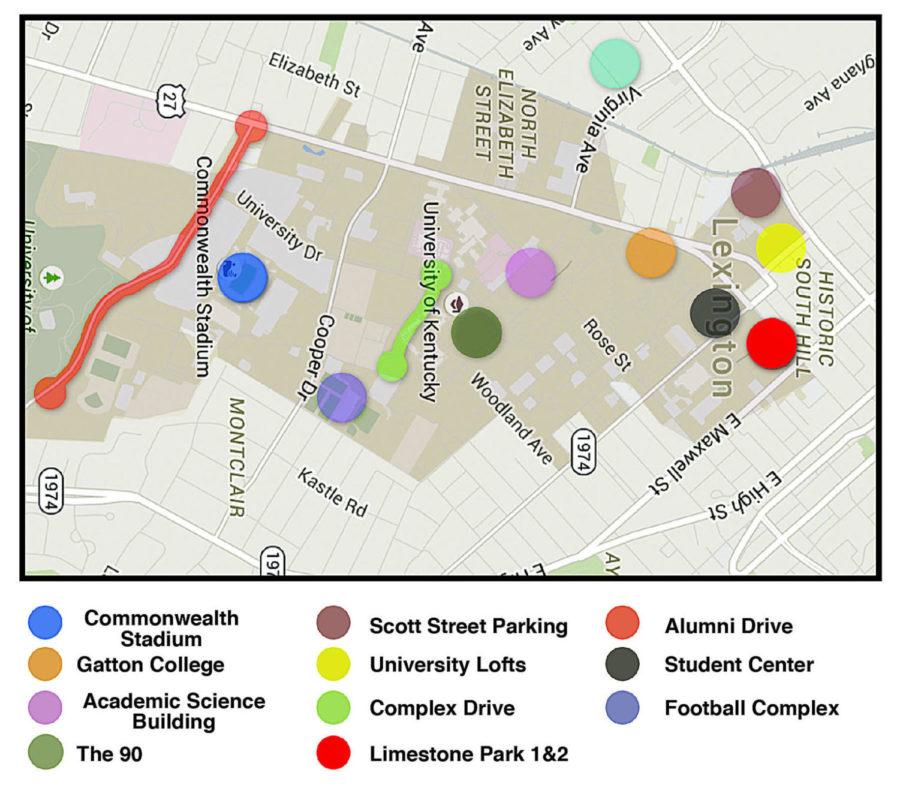 Purpose: To make larger roads for larger and heavier vehicles to have easier access to campus.

Boyd, Holmes Hall, Jewell Hall and Keeneland House and also the Hamilton House were demolished for these new buildings.

Side note: Panera Bread will not be included after originally joining.

Description: Portion of Complex Drive from Johnson Center Loop to University Drive is currently under construction.

Purpose: To give a face-lift to the stadium.

Side note: There are live construction cameras on web of this!

Purpose: The current building has the second highest usage on campus.

New building will be 263,000 square feet and is being constructed on top of Donovan Residence Hall, which was recently destroyed.

Purpose: Original building was built in 1963 and was expanded on in 1991. Some of the mechanical and electrical components are out of date.